ESM charges into China with confidence 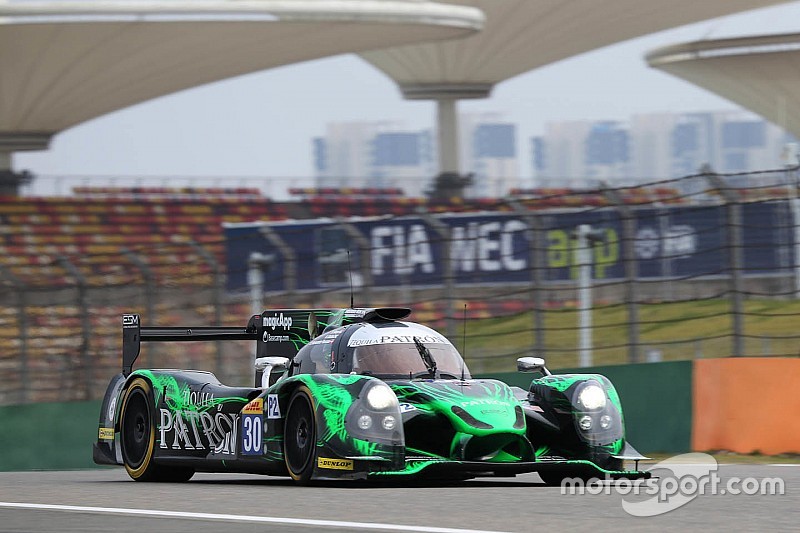 The Florida-based team seeks a repeat podium performance in China

It has been a learning year for Tequila Patrón ESM in the WEC since that first race in China. The lone two-car American team in the LMP2 class, Tequila Patrón ESM is the only team to have competed with three different chassis this year. Since acquiring two identical Ligier JS P2 Honda-powered racing machines one week before the 6 Hours of Spa in May, the team has gained valuable data at each turn of every venue this season. The team is confident heading into the 6 Hours of Shanghai since five of the six drivers have competed at Shanghai International Circuit.

It is time for Tequila Patrón ESM to be back on the podium.

Scott Sharp, Ryan Dalziel and then co-driver Ricardo Gonzalez finished second in last year’s rain-challenged race aboard the No. 30 Tequila Patrón Honda Performance Development ARX-03b. Since last November, the No. 30 team, including 2014 WEC GTE AM Champion David Heinemeier Hansson, earned a top-10 finish in the team’s first attempt at the 24 Hours of Le Mans and most recently scored two consecutive fourth-place finishes. The No. 30 drivers have five runner-up finishes in China - Sharp and Dalziel (2014), Dalziel (LMP2 in 2012) and Heinemeier Hansson (GTE AM in 2014 and LMP2 in 2013).

Ed Brown, Johannes van Overbeek and then co-driver David Brabham finished fifth in the No. 31 Tequila Patrón ESM HPD ARX-03b last year. Brown and van Overbeek now co-drive with two-time sportscar champion Jon Fogarty, who is making his Shanghai debut this week. Since last year’s race at China, the No. 31 has earned a season-best result of sixth at the 6 Hours of Silverstone and a seventh-place finish in their 24 Hours of Le Mans debut in June.

Located in Jiading, Shanghai, China, the 3.4-mile (5.5-kilometer), 16-turn Shanghai International Circuit is known as a challenging low-grip circuit. The venue is host to the Formula 1 World Championship, MotoGP and the V8 Supercar championship races.

The 6 Hours of Shanghai will be televised globally and on the FOX Sports Network of channels.

Scott Sharp:  “Tequila Patrón ESM continues to make very good progress with the Ligier chassis. Two fourth- place finishes in a row, which easily should have been podiums in both instances, shows we are improving and get closer to the podium and wins. We were one of the fastest cars at the end of the race in Fuji.

“Shanghai is challenging with very low grip and technically very diverse with its mixture of corners. It is especially welcoming that we made the effort last year to compete in our first fly-away race at Shanghai, and that should provide big dividends already knowing the track. Here's to two podium finishes this weekend.”

Ed Brown: “I’m looking forward to racing again in China; it is nice not to have to learn a new track! Shanghai is a difficult circuit due to low grip conditions, but the Tequila Patrón ESM crew will have our cars ready for any condition.

“The crowd was great last year it will be nice to show the Chinese fans the black and Patrón green Ligier.”

Ryan Dalziel: “We showed really good speed in Fuji but we didn’t get the result we deserved, but we’re back to work in Shanghai. We finished second in 2014, so I’m looking forward to going back to a track we all know, so our learning phase is shortened. It is time for Tequila Patrón ESM to be back on the podium. I have good feeling about going back to China and the support for Patrón was amazing last year, I expect even better this year.”

Johannes Van Overbeek: “It will be nice to be back on a track that we know. Although the car will be different from last year, at least we know which way the road goes. We're making good strides with the chassis so combining track knowledge and the progress we've made should yield good results for Ed, Jon and me. I'm looking forward to it!"

Jon Fogarty: "I’m looking forward to heading into this weekend’s race in China. This is another new venue for me, but the other five Tequila Patrón ESM drivers have raced at Shanghai, so I have a little bit of catching-up to do. We’re improving with each on-track session and race. We showed some speed at Fuji, so we just need to capitalize on that this weekend and have a little luck fall our way. China can be challenging but I think we’re ready to lead the pack and finish on the podium. The No. 30 guys have been close the last two races. It would be nice to see all the great Chinese fans from the podium!”

Championship title can be claimed by Rebellion Racing at Shanghai