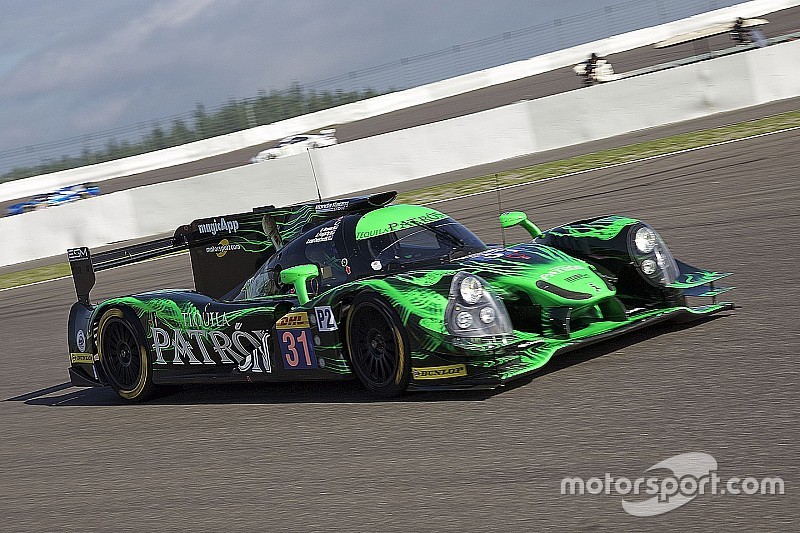 ESM's Ed Brown suffered a brake failure during the FIA WEC 6 Hours of Circuit of the Americas.

An issue with the brakes caused Ed Brown to become the first retirement from the FIA World Endurance Championship 6 Hours of Circuit of the Americas.

The Number 31 Tequila Patron Extreme Speed Motorsports Ligier JS P2-HPD LMP2 cars lid across a ‘sausage kerb’ in the last corner and went airborne briefly before hitting the wall exiting the last corner with the rear of the car. Mechanical failure set everything into motion.

“I had brake failure, so yeah at [turn] 19 I felt something pop, and went to the brakes [for 20] and there was nothing, it just went to the floor, so then I just said ‘okay, throw it sideways and try to scrub some speed off and don’t take it in nose first,” Brown told Motorsport.com.

Brown’s car wasn’t handling the greatest and had taken over after Johannes van Overbeek started the car. Jon Fogarty never got a chance behind the wheel.

“[The handling was] not the greatest, Johannes was struggling in his stint. It’s hard to tell, you know we haven’t raced some place where Continental was laying down rubber before [our Dunlops] so we were getting a lot of tire pick up, which then in the high speed stuff made the car a little hard to drive. The car was loose about everywhere, but that’s not what caused that [shunt], I came through 19 good and that’s like a weird thing to happen because you’re not expecting it to happen, you know?”

Brown did have one thing to smile about since the number 30 sister car managed to gain the LMP2 class lead with Ryan Dalziel behind the wheel.

“The team’s really worked hard since Germany to make some changes and he [Dalziel] was struggling with the car, staying on the same tires for the double stint and he did a hell of a job just fighting everybody off, so that’s awesome. You know, there’s a lot of time left [three and a half hours at the time of the interview] so hopefully that car gets back up there and see what they can do.”