Le Mans 24 Hours winner Loic Duval says he will have "unfinished job" when he returns to the wheel of a Peugeot prototype in the 2022 FIA World Endurance Championship season.

The Frenchman said he wants to add a second Le Mans victory to his 2013 triumph with Audi after missing out at the French enduro on his two outings driving a works-backed Oreca-run 908 HDi LMP1 coupe in 2010 and '11.

"I feel I have an unfinished job with Peugeot," Duval said on the launch of Peugeot's driver line-up for its two-car team of Le Mans Hypercars on Monday.

"I was able to race with them back in the day and I am really looking forward to winning it together. I want to win Le Mans and I think Peugeot has everything — we have seen it in the past — to win it." 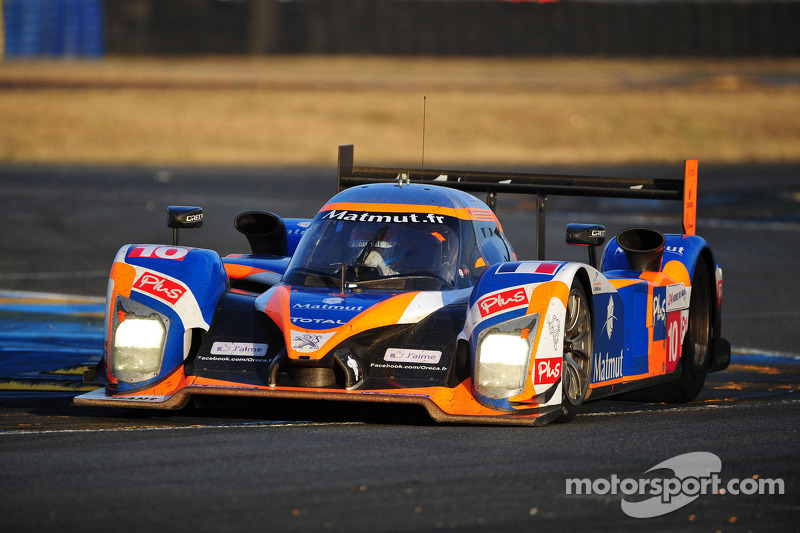 Duval raced a semi-works Peugeot for Oreca three times across the 2011 and '12 seasons.

As well as racing at Le Mans, scoring a best result of fifth in 2011, he won the Sebring 12 Hours American Le Mans Series round in 2011 sharing a year-old V12-powered 908 together with Olivier Panis and Nicolas Lapierre.

He was subsequently signed by Audi, initially as an endurance driver for Sebring and Le Mans, before replacing Dindo Capello alongside Tom Kristensen and Allan McNish for a full WEC campaign in 2013.

It is undecided whether Peugeot will be on the grid at Le Mans in 2022: it will enter the WEC over the course of the season but is not committing to a firm entry-point until the initial phase of testing of its LMH prototype has taken place next winter.

Duval, who left Audi last year after a four-year stint in the DTM, also said that he is "happy and proud" to be able to be able to race at Le Mans with a French manufacturer.

He revealed that he is excited to be in at the start of Peugeot's return to the pinnacle of sportscar racing after an absence stretching back to 2011.

"It is something special for me because it is the first time that I am really at the beginning of a project," he said. "I can feel the excitement and also the positivity, knowing that we are working together from scratch to make sure the tool we are going to have is the best one."

Duval, 38, is also encouraged by the number of manufacturers joining the Hypercar class, which will encompass LMP2-based LMDh prototypes from 2023 or possibly 2022.

"The main topic for me is really that you can see the momentum of this new Hypercar [class] and how many constructors want to join the series," he said, adding that this manufacturer interest should herald "a golden era" for Le Mans.

Peugeot announced its full roster of drivers for its 2022 WEC campaign with its so-far-unnamed LMH contender.

Duval was announced along with ex-Formula 1 drivers Kevin Magnussen, Paul di Resta and Jean-Eric Vergne, as well as Gustavo Menezes and Mikkel Jensen. James Rossiter was named as reserve and simulator driver.