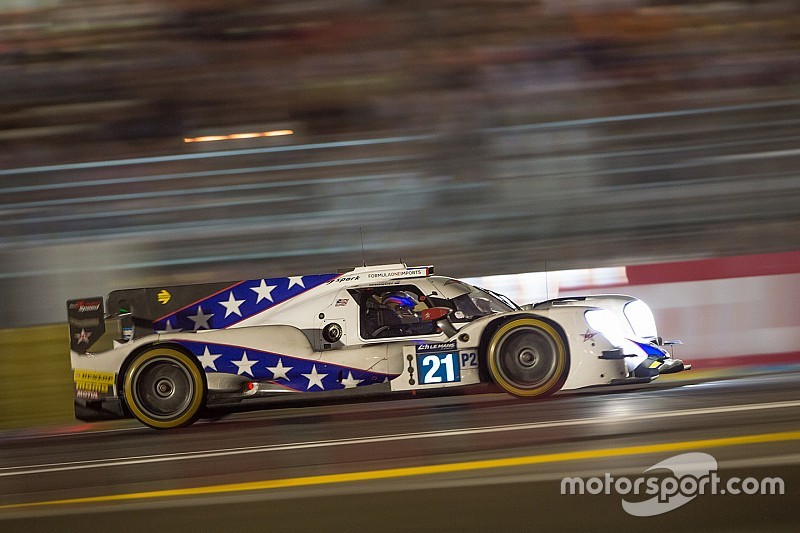 DragonSpeed, which won the ELMS title with an Oreca-Gibson 07 LMP2 run under the G-Drive Racing banner, has announced plans to step up from LMP2 to contest the 2018/19 'superseason' with an as-yet-unspecified privateer P1 car.

Briton Ben Hanley, who has raced for the team for the past two seasons, and team patron Henrik Hedman have been confirmed as drivers.

Team boss Elton Julian said: “Having won sportscar titles in GT3 and LMP2, the natural progression for our highly-talented and motivated crew is to move up to LMP1.

"We’re carefully studying potential partners who can help us put together a programme that will deliver the progress and success we want for DragonSpeed."

The team said it was evaluating potential chassis and engine options, as well as drivers for the third seat.

Options for the DragonSpeed include the new Mecachrome-powered Ginetta and SMP Racing's BR Engineering chassis developed in conjunction with Dallara.

The team also has close links with French constructor Oreca.

DragonSpeed stepped up to LMP2 in the ELMS in 2016, Hanley, Hedman and Nicolas Lapierre winning the Spa round.

It subsequently made its first appearance at the Le Mans 24 Hours this year when it ran both its own car and the second G-Drive entry that claimed the ELMS title with Memo Rojas and Leo Roussel.

The team was founded in the USA by Julian, a former race-winning driver in the British Formula 3 Championship, in 2007 and moved to Europe in 2015 to compete in the Blancpain Endurance Cup with a Ferrari.

Duval to make WEC return for G-Drive in Bahrain