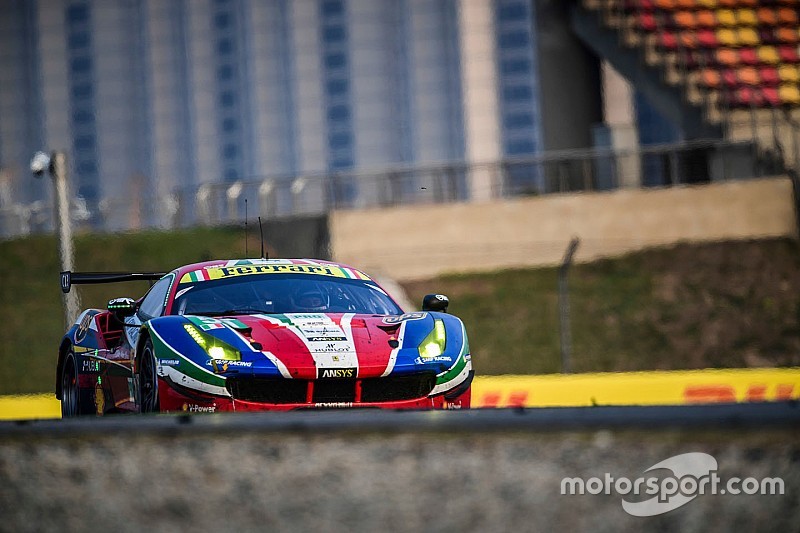 The quartet tested a Ferrari 488 GTE, with Ferrari seeking a replacement for its star man Bruni, who is believed to be negotiating a release away from the Italian marque so that he can join Porsche.

According to Maranello sources, Molina and de Vries have emerged from the test as the drivers likeliest to take on Bruni's duties - and it is thought that Ferrari could re-shape its budget plan to hire both to the GT programme.

De Vries has been part of the McLaren F1 set-up since 2010, back when he was still in karting.

A karting world champion in 2011, he has two open-wheel titles over his five-year junior career so far - both achieved in 2014, when he dominated Formula Renault 2.0 Eurocup and Alps.

Ferrari is believed to have been impressed with the Dutchman's humility and his desire to learn GT racing, of which he has little experience.

McLaren insists that de Vries remains a part of its young driver scheme for now, and the plan is for him to do simulator work throughout 2017. It is understood, however, that the situation would be reviewed if he decides to take a race drive with a rival manufacturer.

Molina, a winner of three DTM races, was released by Audi at the end of 2016 after a seven-year stint with the manufacturer.

Only one of the two will be signed on as replacement for Bruni for the WEC roster, which also features James Calado, Sam Bird and Davide Rigon. The other driver's likeliest destination is a Ferrari 488 entry in Blancpain Endurance.

As for the other two contenders, Pier Guidi already has a Ferrari 488 drive in IMSA, whereas Riberas could get a Pirelli World Challenge spot with Remo Ferri's team.

Rusinov explains why G-Drive split with Jota for 2017