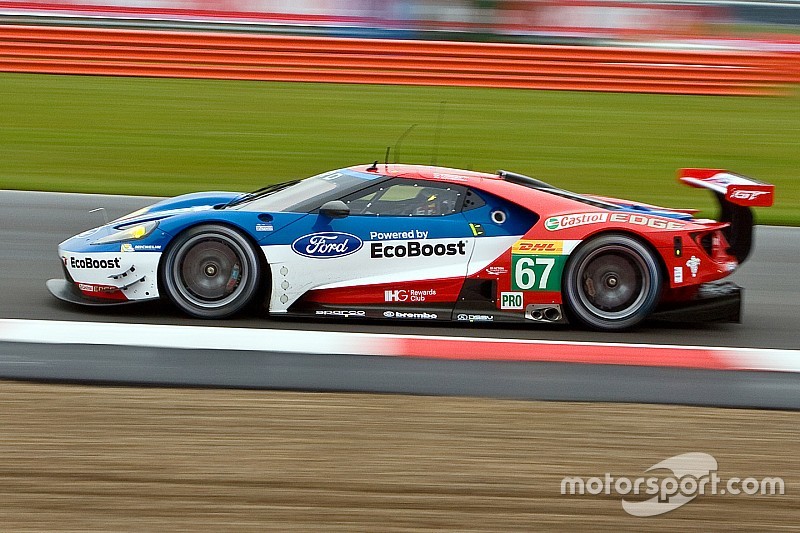 Ford Chip Ganassi Racing has its sights set on a clean and trouble-free race in the ‘WEC 6 Hours of Spa’, the final competitive outing before Le Mans.

Greatworth Park, U.K. – The Ford Chip Ganassi Racing Ford GTs will be back on track later this week for the ‘WEC 6 Hours of Spa’, just over two weeks after making their FIA World Endurance Championship debut at Silverstone.

Ask any international racing driver to name their favourite track and Belgium’s Spa-Franchorchamps Grand Prix Circuit features high on every list. The technically demanding seven-kilometre track weaves through the Ardennes Forest like a rollercoaster ride, providing a stern test of man and machine. Legendary corners such as ‘Eau Rouge’ and ‘Blanchimont’ combine to form one of the world’s best racing circuits and the most fitting venue for the final rehearsal for the Le Mans 24 Hours.

Our reliability was impressive at Silverstone and now we need to build on this for the coming races.

The Ford Chip Ganassi Racing Team headed to the Motorland Aragon circuit in Spain for a vital endurance test immediately after finishing fourth and fifth in their debut race at the 6 Hours of Silverstone.

“The objective of the Motorland Test was to test the Ford GT to its limit in an endurance run,” said WEC team principal George Howard-Chappell. “We completed a run that was comfortably longer than the Le Mans 24 Hours, which gives us great confidence in the reliability of the cars. Spa is our last race before Le Mans so it would be nice to think we can improve on our Silverstone result and make it onto the podium.”

Stefan Mücke knows how to put a quick lap together at Spa, proven by the fact that he holds the GTE Pro lap record there. After finishing in fifth place in the #66 Ford GT at Silverstone with Olivier Pla and Billy Johnson, the German racer wants to finish higher up the order this time out.

“We had a very promising race at Silverstone,” Mücke said. “The car ran like clockwork and the team did so well, especially when you consider that the pit stops during the race were the first ‘hot’ stops they had done. We are now ready to aim for the next step, and that is a podium finish! Spa is one of my favourite circuits so I’m excited to drive the Ford GT there. It has a good combination of corners and I think it will be a good circuit for our car.”

Along with Marino Franchitti and Harry Tincknell, Andy Priaulx took the #67 Ford GT to fourth place at Silverstone, just short of the podium. This time the triple World Touring Car Champion has his sights set on the silverware.

“It would be great to go to Spa and fight for a podium finish,” Priaulx said. “Our reliability was impressive at Silverstone and now we need to build on this for the coming races. Spa should be a good circuit for us. It is a fast circuit where set up is very important and we have a lot of confidence in the balance of the Ford GT.

“We’re a very ambitious team,” Priaulx continued. “It was always going to be a big ask – building a team for Le Mans with only two preparation races – but I am really happy with how we have built this up in such a short space of time. All credit to George Howard-Chappell and the Ford Chip Ganassi Racing team. We have a 24-hour car now and a strong team so let’s see what we can do at Spa.”

The Ford GTs will hit the track at Spa on Thursday at 12:15 CET for the first free practice session. GTE Qualifying takes place on Friday at 16:05 CET and the WEC 6 Hours of Spa gets underway on Saturday at 14:30 CET.