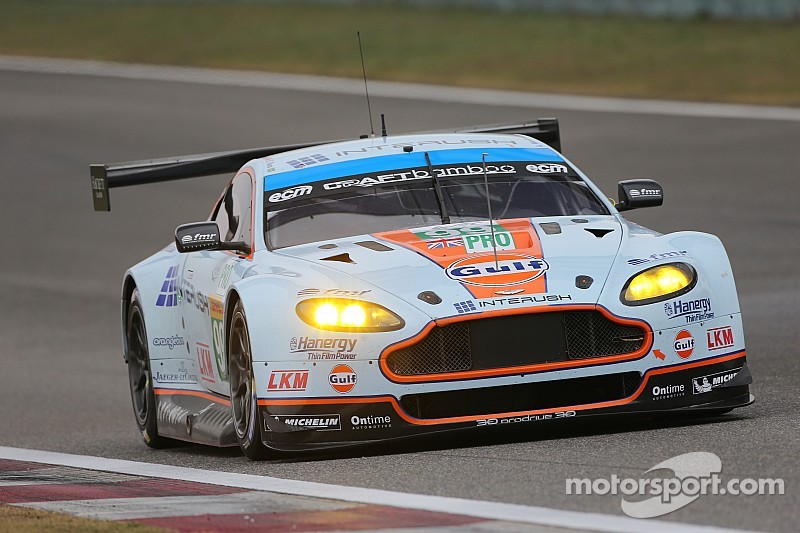 Following two successful Asian rounds of the FIA World Endurance Championship (WEC), Craft-Bamboo Racing and its Aston Martin Racing V8 Vantage GTE have travelled to the Middle East for the penultimate round of the eight-race series, the Six Hours of Bahrain, which takes place this weekend (15 November).

Aston Martin Racing works drivers Fernando Rees (BR) and Alex MacDowall (GB) will be joined in this round by Abdulaziz Al Faisal (SD) as regular team-mate Darryl O’Young (HK) stays in Asia to contest the Macau GT Cup in one of Craft-Bamboo Racing’s V12 Vantage GT3s.

With European GT3 race wins, ADAC GT Masters podiums and 24 Hours of Le Mans experience under his belt, Al Faisal is an accomplished GT driver and the team hopes that together they can continue their run of top-five finishes.

“Austin didn’t go our way but we still finished fifth and, of course we followed that with a podium in Fuji and fourth place in Shanghai,” explains Rees. “Obviously, we want to get back on the podium this weekend and I don’t see why we can’t. We’ll miss Darryl this weekend but I think Al Faisal will be a great addition to the team and I’m looking forward to seeing what he delivers.”

Known for its high-temperatures and sandy track the Six Hours of Bahrain, held at the Bahrain International Circuit, is one of three WEC races this year that runs into darkness, a challenge that MacDowall is looking forward to.

“We haven’t decided the running order yet, but I’d happily take the evening stint,” he commented. “Unlike many nighttime events, the track here is fully lit so it won’t be like driving at Le Mans, for example. However, there is something really cool about driving during and after sunset and, hopefully, we’ll cross the line in darkness in a podium position.”

“Of course, it’s a shame to miss a WEC round but I am confident I can do a good job for the team and I’m really looking forward to returning to Macau – I definitely consider this my home race.”

In addition to O’Young, Craft-Bamboo Racing driver Frank Yu will contest the 12-lap sprint race, which is also the final round of the 2014 GT Asia Series and the Hong Kong driver will be looking to take the championship's race win.

Porsche tops charts in first ever night practice in Bahrain

Strong practice performance for the Porsche 919 Hybrid in Bahrain