ByKolles could expand to two cars after Le Mans 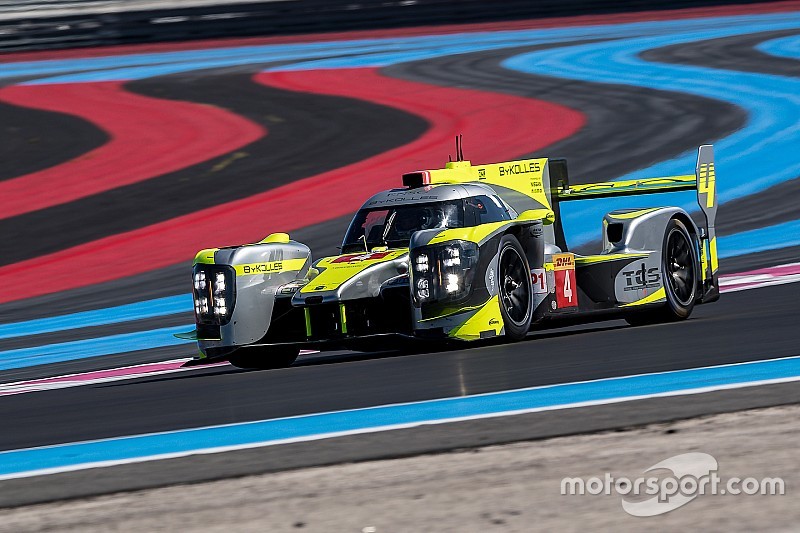 The ByKolles LMP1 squad is evaluating plans to expand its FIA World Endurance Championship assault to two cars after the Le Mans 24 Hours in June.

ByKolles could field a second ENSO CLM-Nissan P1/01 in the 2018/19 WEC superseason on a race-by-race entry from the Silverstone round in August, Motorsport.com understands.

The Austrian team isn't commenting on the plans, but it is understood that a decision will be made following Le Mans in consultation with engine supplier Nissan.

An extra car from long-time WEC entrant ByKolles would bring the LMP1 entry up to 11 cars, but would likely mean that the two ENSO CLMs would have to run out of the same pit garage.

The Fuji and Shanghai tracks have only 34 garages, two less than the number of full-season cars, which means two GTE Am teams are already having to double up.

ByKolles squad yet to confirm who will race alongside team regular Oliver Webb in its full-season entry, having run a total of six drivers at last week's official Prologue test at Paul Ricard.

Webb was joined in the #4 car by Tom Dillmann, Marco Bonanomi, Dominik Kraihamer, Rene Binder and Kang Ling over the course of the 30 hours of running.

New ByKolles team principal Manfredi Ravetto said that the team was looking for a "group of drivers who would mould together well", while conceding that there were commercial considerations as well.

He said that a final decision on the line-up for the Spa series opener would be made next week.

The solo ENSO CLM completed more laps than any other privateer P1 over the two days of the Ricard test and was within eight tenths of the fastest non-hybrid car in the hands of Dillmann.

Ravetto expressed himself content with the performance of the latest version of the P1/01, which incorporates an upgrade of the NISMO-badged Nissan V6 powerplant and aerodynamic revisions.

"When we stopped running on Friday night we had completed 1100km and were third in the times, so you can definitely say we have seen some improvement," he said.

Analysis: How Porsche turned its LMP1 into an F1-beater