Tom Blomqvist feels the #28 JOTA crew never had a “clean race” in the 2021 FIA World Endurance Championship season after losing the LMP2 title to newcomers WRT in Bahrain.

Blomqvist, Sean Gelael and Stoffel Vandoorne were one of the most consistent runners in JOTA’s second Oreca 07 that was previously run under the Jackie Chan DC Racing banner, scoring five podiums over the course of the season and not finishing outside the top five in any event.

However, they ultimately fell 20 points shy of WRT trio Ferdinand Habsburg, Robin Frijns and Charles Milesi in the title race, as race wins continued to elude them despite their promising race pace all season.

The closest they came to securing a race win was at the Le Mans 24 Hours, when Blomqvist crossed the finishing line just 0.727s behind Frijns’ WRT entry after recovering from two drive-through penalties.

Blomqvist and his teammates were also unlucky to be involved in early race collisions over the course of the season, with the Anglo-Swede hit by the other JOTA car of Antonio Felix da Costa at Portimao and Gelael turned around by Paul Dalla Lana’s GTE Am Aston Martin Vantage in the first Bahrain race.

The 27-year-old admitted that WRT did an incredible job in its first year in prototypes, but rued the fact that his JOTA crew was never able to have a trouble-free race to put together a more convincing challenge to its Belgian rival.

“We just made too many errors over the course of the season here and there were small things that didn't go our way," Blomqvist told Motorsport.com. "I don't think we had one single clean race, perfect race, and ultimately that hurt us in the title race.

“Nonetheless, I had a fantastic year with Sean and Stoffel. It's our first year here and we had a really good pace. We were on the podium at all but one race, which I think is a testament to how strong we are as a pairing and how well JOTA have done.

“But we just missed that little bit in executing the perfect race at the right time and that's where WRT was just better than us. We live and learn and hopefully next year we can come back stronger.

“WRT upped their game massively [in the second half of the season]. They are a first class team. They've performed at an extremely high level. Also, they had a super strong driver line-up with three really solid drivers. So they were obviously going to be a tough team to beat." 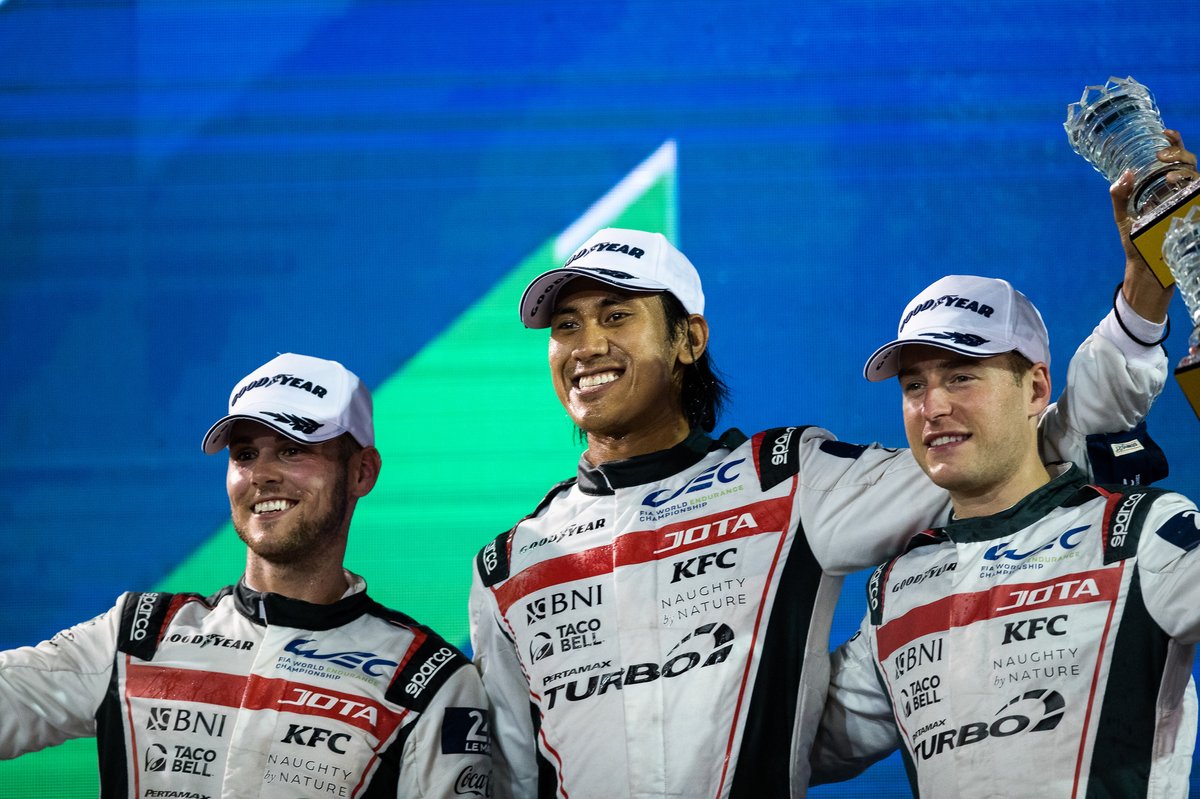 The #28 crew faced more issues in Bahrain 8 Hours last weekend, including a broken diveplane, and ultimately finished third in the race, with Blomqvist being passed by the sister JOTA of da Costa for second with just a handful of laps to race.

“We had to change the nose, so we lost some time in the pits,” Blomqvist said. “I had to push quite hard on the tyres to keep the gap, to make sure I got ahead of him at the last stop and then we had a problem in the pitstop. I lost five-six seconds, which put him right behind me.

“I had taken a little bit out of my tyres, maybe a bit too much out of my tyres. I was struggling a lot with the rear tyres in the last stint and Antonio was just quicker than me. Then I just had a little bad moment with the traffic and he was able to get a run on me and pass me.

“It was just a messy race for us unfortunately that cost us the chance to fight with WRT.”