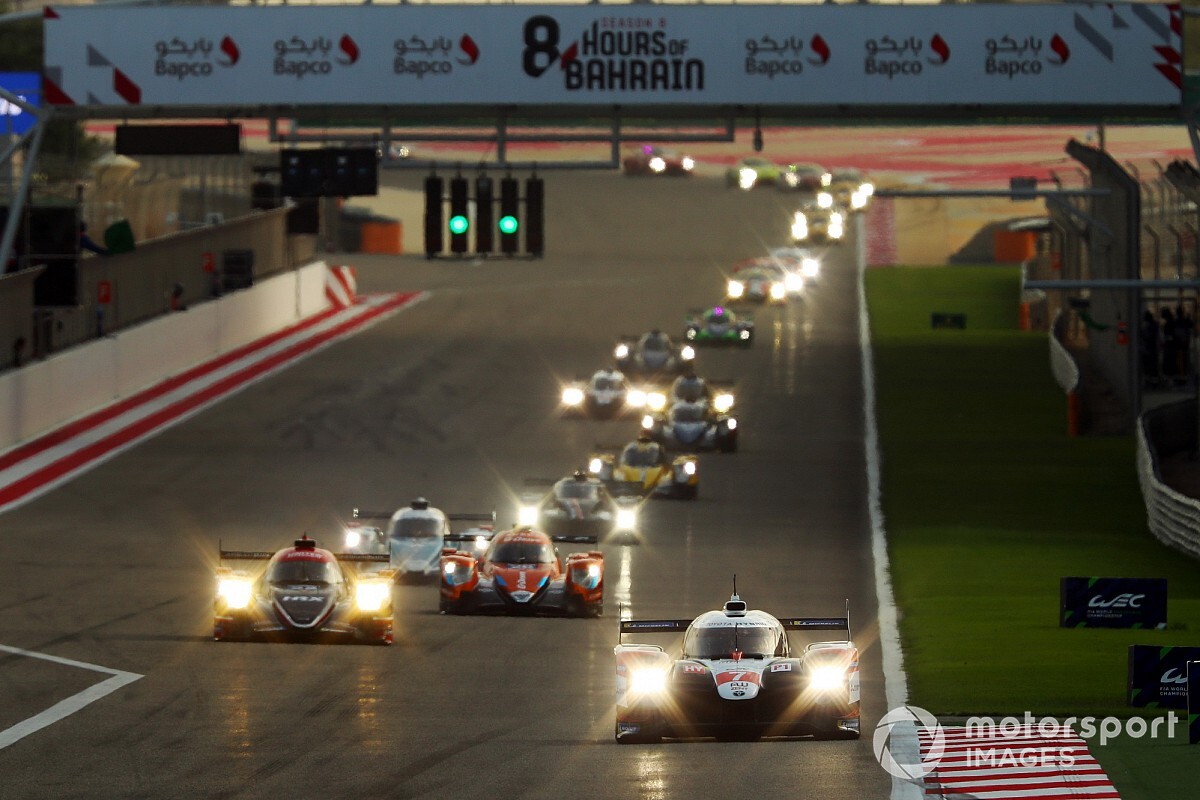 The FIA World Endurance Championship has issued a 25-car entry list for the Bahrain 2019/20 season finale in November, which marks the series' smallest grid in its eight-year history.

Previously the WEC grid has never dipped below 26 cars, the level it was at for the second half of the 2017 season before jumping into the mid 30s for the 2018/19 superseason.

The series attracted 31 cars for the start of the 2019/20 campaign at Silverstone, and had not failed to produce a 30-car grid for every other round of the season up to now.

As previously reported by Motorsport.com, the LMP1 division is down to just two cars - also the lowest ever - following Rebellion Racing's decision to skip the eight-hour race.

The Swiss outfit had one of its R-13s entered for the full season, but Rebellion CEO Calim Bouhadra explained that the late cancellation of March's Sebring 1000 Miles effectively made the replacement Bahrain race untenable financially.

He left open the possibility of making the trip anyway if Gustavo Menezes, Norman Nato and Bruno Senna still had a realistic possibility of challenging for the title, but Toyota's victory at Le Mans meant Rebellion's chances would have been purely mathematical.

Toyota's pair of TS050 Hybrids are left as the only entries in the top class for Bahrain.

The LMP2 division is also down to seven cars following the withdrawal of High Class Racing, which has fielded a single Oreca 07 this season for Mark Patterson, Anders Fjordbach and Toyota protege Kenta Yamashita.

This does however free up Yamashita to participate in the clashing Super Formula race at Autopolis, which Toyota LMP1 drivers Kamui Kobayashi and Kazuki Nakajima will miss.

One-off entries for Algarve Pro Racing and Eurasia Motorsport in the previous regular WEC race at Spa had temporarily boosted the class to 10 cars.

In GTE Pro, the entry remains at six cars, two each for Ferrari, Porsche and Aston Martin, while the GTE Am division features the same 10 entries it did at Spa, with gentleman racer Motoaki Ishikawa's MR Racing Ferrari team remaining absent.