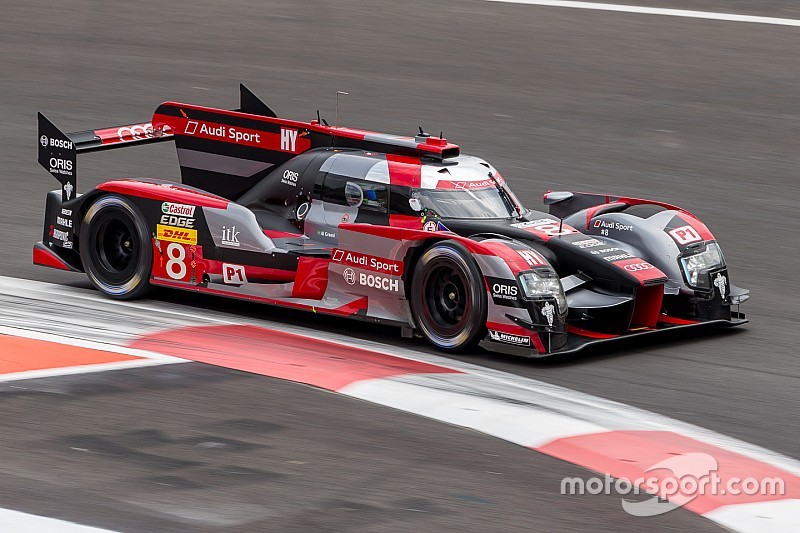 Audi’s Oliver Jarvis led the way in the opening free practice session for Saturday’s 6 Hours of COTA, round six of the FIA World Endurance Championship in Austin.

With the air temperature at over 34C and a track temp of 43C, Austin gave the WEC field a rather warm welcome. The battle at the top of the times followed the regular script, with Audi and Porsche trading blows as expected.

In the closing moments, however, Jarvis beat that by 0.047s with a 1m48.453s. It meant the pecking order was set: Audi-Porsche-Audi-Porsche.

Timo Bernhard was fourth fastest in the #1 Porsche with a lap of 1m49.248s, three quarters of a second off the pace.

Toyota took its customary fifth and sixth spots, with the #6 ahead of the #5 by three tenths thanks to a late lap from Mike Conway. That put him within 0.9s the pace of Toyota’s factory LMP1 rivals.

In LMP2, the pacesetting #26 G-Drive Oreca – crewed by Rene Rast, Alex Brundle and Roman Rusinov – led the way as usual, ahead of the #35 Signatech Alpine, the #44 Manor Oreca and the #36 points-leading Signatech.

There was a 5-minute stop/go penalty for the sister #71 AF Corse Ferrari of Sam Bird and Davide Rigon for exceeding track limits too many times.

It was a troubled session for the points-leading #97 Aston, as Fernando Rees stopped out on track after Darren Turner went off at Turn 1 in the early stages of the session.

In GTE Am, the #50 Larbre Corvette was fastest in Pierre Ragues’ hands. The car has featured a late driver change, with Lars Viljoen replacing Yutaka Yamagishi in a line-up that also features Ricky Taylor.