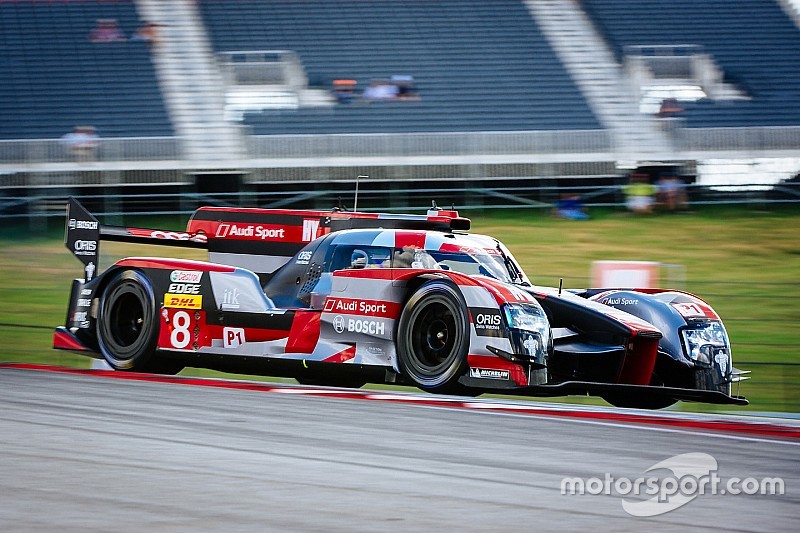 Audi’s Loic Duval again set the pace in the final practice session before this evening’s qualifying for the 6 Hours of COTA in Austin.

The #8 Audi has swept every single practice session of the weekend, this time outpacing the #1 Porsche of Brendon Hartley by a third of a second.

The one-hour morning session got underway in dry, sunny conditions with the temperature climbing to over 28C already.

The #7 Audi remained in fourth, over half a second off the pace of its sister machine. Benoit Treluyer suffered a collision in that car with the #50 Larbre Corvette midway through the session, during which the Larbre car – with late replacement Lars Viljoen at the wheel – spun.

In the non-hybrid LMP1 class, Rebellion retook the number one spot ahead of ByKolles.

Roberto Merhi set the LMP2 pace in the #44 Manor Oreca at 1m55.874s, initially chased by Alex Brundle in the #26 G-Drive Oreca and the points-leading #36 Signatech. Then the Mexico-winning RGR Sport by Morand Ligier jumped up to second, although Felipe Albuquerque suffered a fright when he whacked a kerb in the Esses.

Marco Sorensen topped GTE Pro in #95 Aston, ahead of the #97 sister car of Darren Turner and the returning Fernando Rees (as Richie Stanaway is on Australian Supercars duty). Ferrari and Ford were next up.

The #88 Abu-Dhabi Proton Porsche was fastest in GTE Am, which has Kevin Estre in for the absent Pat Long this weekend.