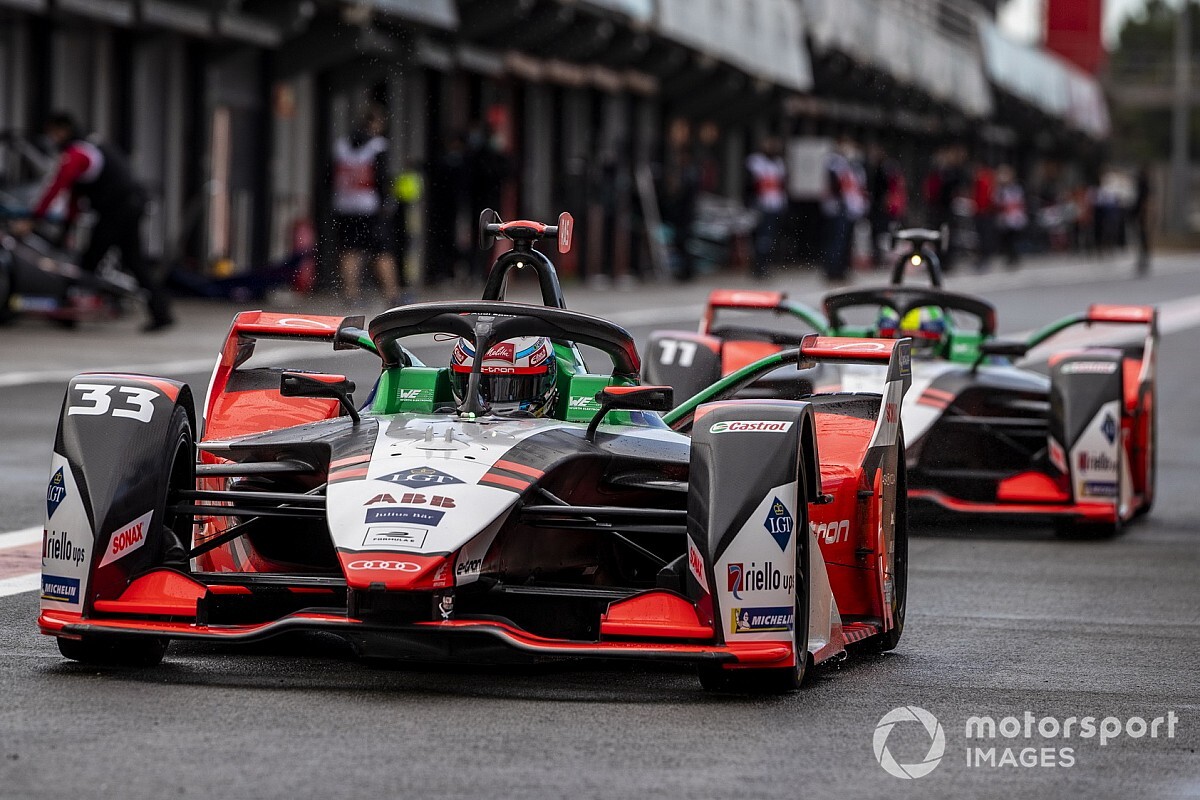 Audi is set to end its involvement in Formula E in favour of a return to top-flight sportscar racing with a new LMDh project.

The move raises the prospect of Audi returning to the Le Mans 24 Hours, where it picked up 13 outright wins between 2000 and 2014 before axing its LMP1 project after the 2016 race following the Volkswagen dieselgate scandal.

However, the new LMDh rules that will make their debut in 2022 in FIA World Endurance Championship and the following year in the IMSA WeatherTech SportsCar Championship have lured the German brand back to sportscar racing.

An official announcement from Audi is expected later on Monday, although it’s unclear in which year Audi will launch its LMDh project and where exactly it will race.

Should it return to the WEC, Audi would be up against former LMP1 rivals Toyota and Peugeot, both of which will compete with LM Hypercar machinery instead of the cheaper, LMP2-based LMDh cars, as well as other entries from Glickenhaus and ByKolles.

Toyota, Glickenhaus and ByKolles will be present on the 2021 WEC grid with their new breed of LM Hypercars, while Peugeot will join the series sometime during the 2022 season.

Audi's sister brand Porsche is also formally evaluating a return to the WEC with an LMDh car of its own, having quit the series a year after its sister brand Audi in 2017.

A return to sportscar racing for Audi will come at the cost of its Formula E programme, which will come to a close at the end of the 2020/21 season.

The Ingolstadt-based brand contested its last DTM race as a factory entrant at Hockenheim this month, but has pledged support for the series’ new GT3 era in 2021.

Audi has been present in Formula E in some form or the other since the inception of the championship in 2014/15, but it wasn’t until the fourth season in 2017 that it turned the Abt team into a fully factory-run outfit.

Its future in Formula E appeared secure after it completed an overview of its motorsport activities earlier this year, which concluded in it pulling out of the DTM to focus on Formula E and its customer racing programmes in GT3 and touring cars.

However, it is understood that the top brass at Audi feel that Formula E has already served its purpose, now that the world has begun the transition to electric cars.

Audi has also announced that it will compete in the Dakar Rally for the first time in 2022 with an electric prototype.

Although details are scarce at present, Audi says its 'alternative drive concept combines an electric drivetrain with a high-voltage battery and a highly efficient energy converter for the first time.'

“Today, electromobility at the four rings is no longer a dream of the future, but the present," said Markus Duesmann, Chairman of the Board of Management of Audi.

"This is why we are taking the next step in electrified motorsport by facing the most extreme conditions. The many technical freedoms offered by the Dakar Rally provide a perfect test laboratory for us in this respect.”