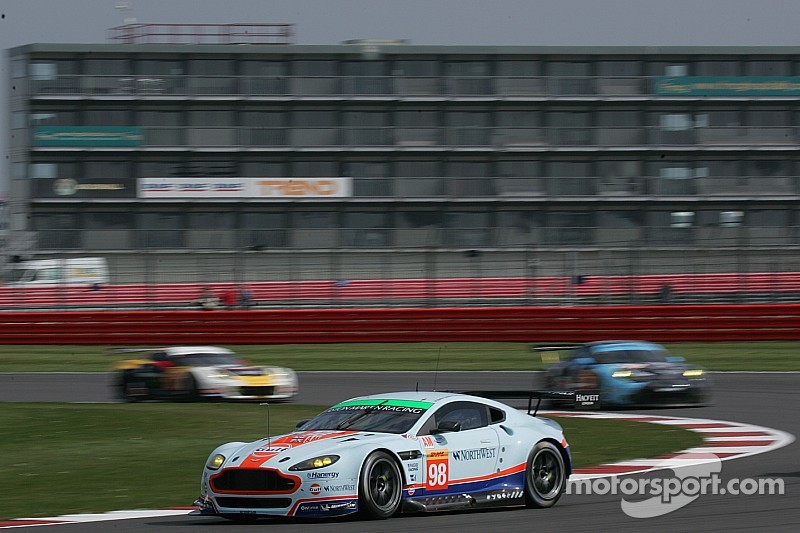 The #98 Vantage GTE of Pedro Lamy, Paul Dalla Lana and Mathias Lauda stormed to the GTE Am class victory.

Silverstone - Aston Martin Racing (AMR) has won the GTE Am class of the FIA World Endurance Championship (WEC) Six Hours of Silverstone today (12 April) but narrowly missed out on a podium position in GTE Pro.

The #98 Vantage GTE of Pedro Lamy (PT), Paul Dalla Lana (CA) and Mathias Lauda (AT) stormed to class victory after qualifying on pole for the Championship’s season-opener.

The trio of GTE Pro cars, which started from first, second and third on the grid, all had a great opening stint but a full course yellow gifted competitors a pit-stop advantage that couldn’t be made up by AMR throughout the six-hour endurance race.

AMR Team Principal John Gaw commented: “Congratulations to the #98 team, it’s the perfect start to their Championship campaign. We have some work to do to achieve our objectives in the Pro class - our focus will remain undiminished and we’ll be ready for Spa in three weeks time.”

The WEC Six Hours of Spa takes place on 2 May at the world-famous Circuit de Spa-Francorchamps in Belgium.

Paul Dalla Lana: “Pedro and Mathias did a great job to get us a strong lead and this meant that when we had to do a quick ‘splash and dash’ we were still able to take the win. They both did a fantastic job!"

Pedro Lamy: "Paul did a great job in qualifying - he was the best bronze, and this gave us a great start. It was a tough race but we all pushed hard and I’m very happy to take the win.”

Mathias Lauda: “It was my first race with LMP1s on the saem track and it was a bit of a shock managing the traffic. But I soon got used to it and learned a lot from Pedro. It went well for me but I know I have more to give.”

Stefan Mücke: “It was a tough race for us; it was not as we expected. The team did a great job on the pit-stops but there is a little bit of work to do in the next few weeks. I’m sure we’ll be back on top at Spa.”

Marco Sørensen: "I'm happy with our performance today. Nicki was really quick and got a great start. It's a real shame we didn't get a podium, as we really did deserve one, but I'm sure we'll be quick at Spa in a few weeks."

Stuart Hall: “It was a reasonably positive race but we know have some areas to work on. Roald drove really well and Francesco has fitted in perfectly so we can look forward to the rest of the year, where we will strive to go better.”