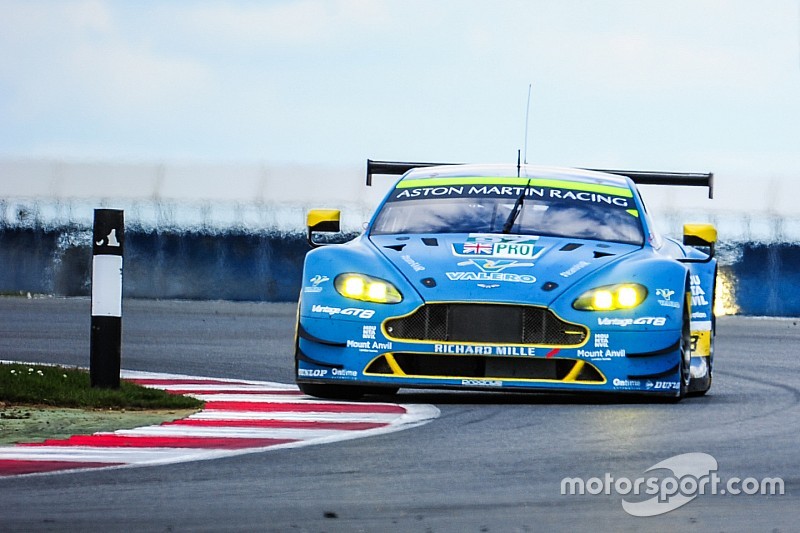 The Aston Martin LMGTE Pro cars have been given a weight break ahead of the second round of the FIA World Endurance Championship at Spa this weekend.

The British constructor had a disappointing home event at Silverstone, three weeks ago, where they were unable to get on terms with Ferrari.

The Aston Martin Vanatge V8’s quickest time of the weekend, set by Darren Turner, was 1.8s shy of Gianmaria Bruni’s in the AF Corse Ferrari 488GTE.

Aston have been given a 30kgs weight break this weekend meaning that its final weight will be 1213kgs rather than its base weight of 1243kgs.

This compares to the Ferrari and Porsche which will both run at an unchanged 1243kgs, while Ford runs at 1263kgs.

The Ford GT, which notched up its first ever class win at Laguna Seca last weekend, will have a greater fuel rig restrictor for Spa this weekend.

The adjustment to the diameter of the fuel rig restrictor goes up from 28.8mm to 33.3mm for Spa.