Alpine won't use F1 engine as basis for 2024 LMDh contender

Alpine has opted against basing the engine for the new LMDh prototype it will start racing in the 2024 FIA World Endurance Championship on its Formula 1 powerplant.

Bruno Famin, executive director of Alpine Racing, has revealed that taking the 1.6-litre F1 V6 as the starting point for the LMDh hybrid’s internal combustion engine “was never considered” for reasons of cost and complexity.

He explained that Alpine could have met the mileage and power requirements for LMDh to be raced by the Signatech team with a unit developed out of the F1 V6.

“The mileage is more of less the same: with the rule of having three engines for a season in F1 it would have been okay,” Famin, who was technical director on the Peugeot 908 LMP1 turbodiesel project in 2007-11, told Motorsport.com.

“But we can find the 500Kw-plus [the 670bhp target power output for LMDh] in a much easier and much cheaper way, much easier in terms of design and maintenance as well.”

Famin also revealed that the Renault brand, which announced its programme in October 2021, is already running the LMDh engine on the test bench at its Viry-Chatillon facility in Paris.

“The concept has been finalised quite a long time ago and we are already testing and developing,” he said.

“It has been on the bench for some time already: we are quite happy because it is developing quite well.” 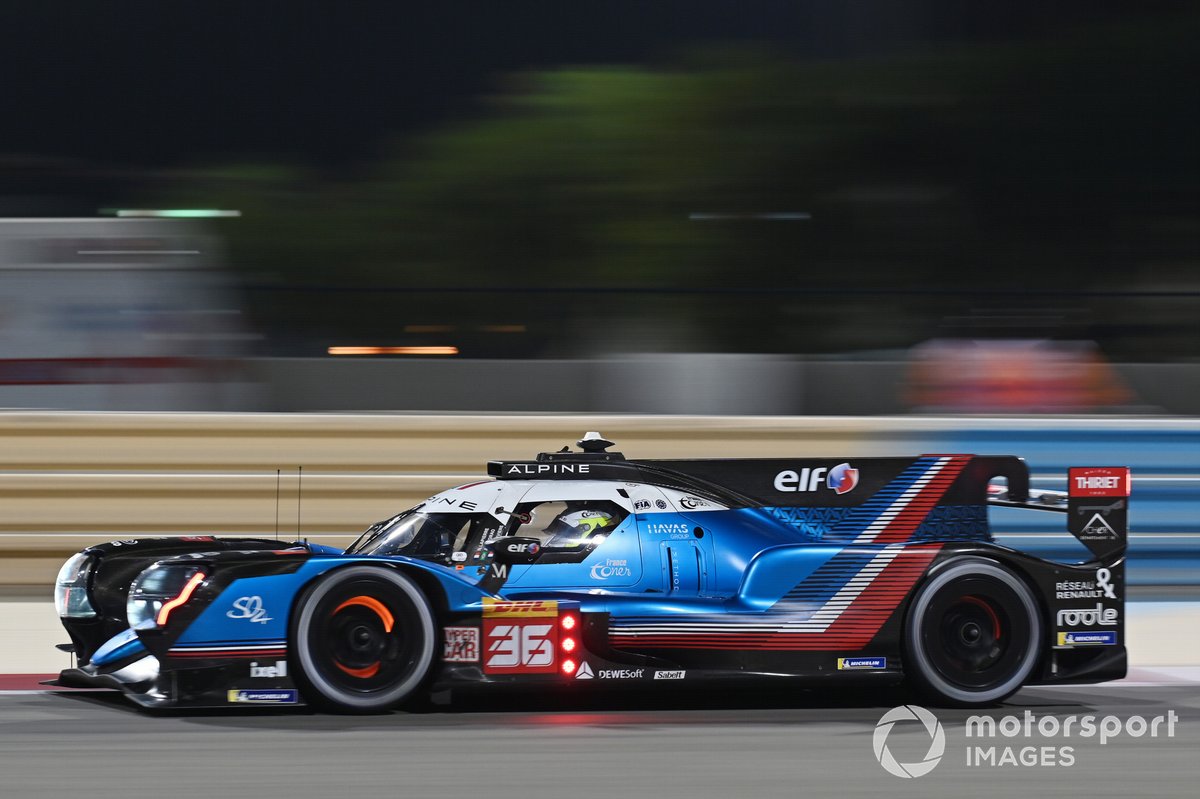 But Famin would not reveal any technical details of the engine, nor whether it is a bespoke racing unit or based on a production powerplant.

He would also not say when the marque is planning to be on track with the LMDh developed in conjunction with French constructor Oreca, which also developed the A480 grandfathered LMP1 design Alpine has raced for the past two seasons in the WEC’s Hypercar class with Signatech.

“For the time being we are not giving too much information about this, but our target is to have the car on track as soon as possible to make enough tests before the start of the 2024 season,” he said.

He suggested getting a running car in Signatech's hands remains some time away because Oreca has only been working in earnest on the Alpine project after getting the Acura ARX-06 LMDh up and running in the summer.

“Oreca was not able to manage two [design] programmes together and they have only just finished the Acura,” he said.

“Now we are really working hard together developing the car, but of course we need some months before having it on track.

“We are progressing well as per the timeline of the project, everything is moving.”

Famin explained that the capacity at Oreca was factored into Alpine’s decision to make its debut in LMDh in 2024 rather than ’23, the first season of the category.

Alpine boss Laurent Rossi has previously suggested that the marque could bring the resources of the Enstone-based F1 team into play in the development of the LMDh, but Famin played this down.

“I think the added value we can bring will be in the power unit development, energy management and the impact of the hybrid system on the dynamics of the car.

“This is knowhow we have at our Viry factory, but if we need more, why not use the Enstone facilities?”

Famin confirmed that the Alpine LMDh will be homologated with both the FIA for the WEC and IMSA for its North American series.

He explained this will open up the possibility of customers being able to race the car in the IMSA WeatherTech SportsCar Championship.

“We will be happy to sell cars, and if we have a customer team in the US we will be very happy with that,” he said.