Alpine is confident that it has solved its fuel consumption issues and will be able to take the fight to Toyota in the final FIA World Endurance Championship race of the season in Bahrain.

By:
Rachit Thukral
Co-author:
Gary Watkins
Listen to this article

The Alpine A480-Gibson was typically able to complete 28 laps on a single tank of fuel in the Bahrain 6 Hours last weekend, while the two Toyotas were able to go as far as 31 laps before needing to make a pitstop.

Having had a short break between the two Bahrain races to analyse the situation, Alpine now feels it can squeeze out an extra lap per stint within the limitations of its fuel tank, although this would still leave it two laps short of what Toyota can manage between pitstops.

“We've worked on [fuel consumption since then] and are still working on it,” Signatech team boss Philippe Sinault explained to Motorsport.com. “The target is to get one [more] lap. We could gain one lap after a compromise between performance and [fuel mileage].

"Until the middle of the race we were quite good [in terms of pace]. We played with [Toyota by rolling the dice] and after the full course yellow we lost 35-36 seconds [to get tyres up to temperature]. And then we struggled with Nicolas [Lapierre] during the two last stints with the tyre, with the rear tyre." 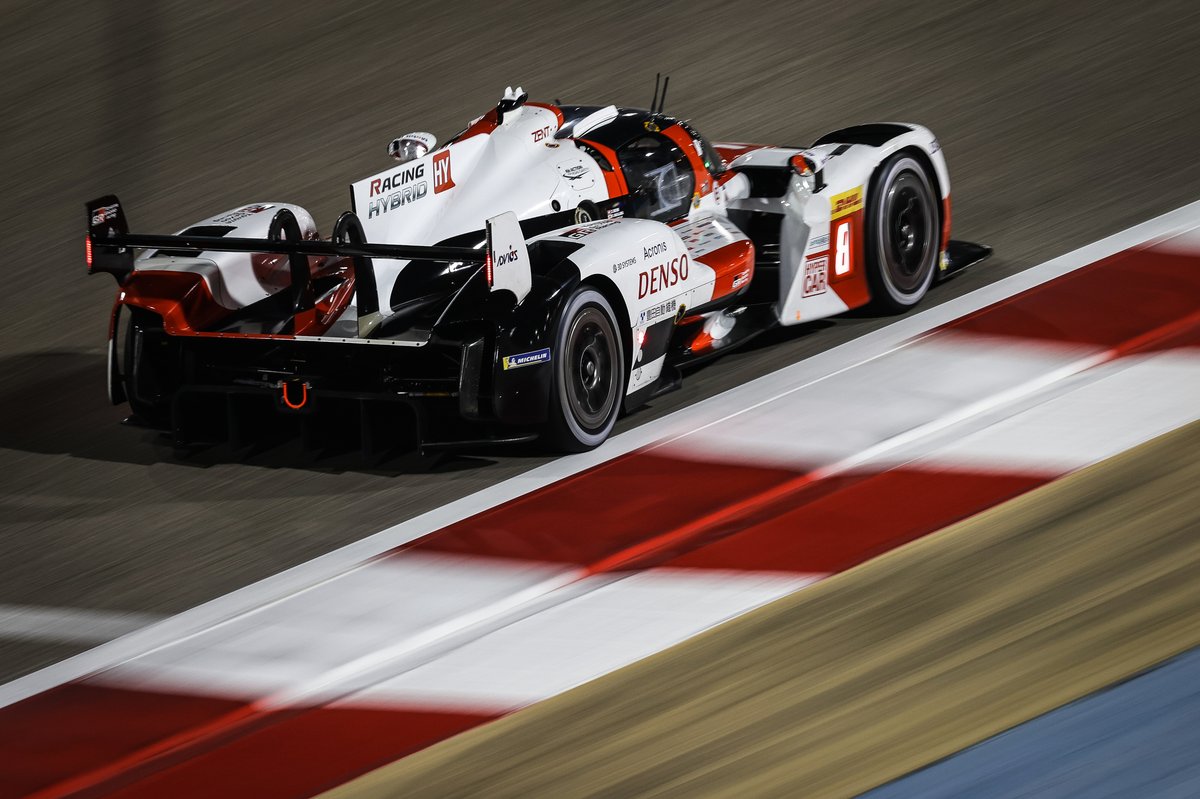 The French manufacturer was expected to run close to the two factory Toyotas on WEC’s first visit to the Bahrain International Circuit, with the fuel capacity of its grandfathered LMP1 car having been increased ahead of the previous Le Mans 24 Hours round in August.

Hotter temperatures in the Gulf nation should have also played to Alpine’s strengths, with the lighter weight of the A480 compared to GR010 Hybrid translating into less severe tyre degradation.

But come the race Alpine failed to mount a serious challenge to the dominant Toyotas, with Nicolas Lapierre, Andre Negrao and Matthieu Vaxiviere finishing a lap down on the winning #7 car in third.

The Signatech-run squad was forced to make an early first pitstop for throttle issues, now known to be caused by a “little stone” stuck in the pedal assembly, and later chose to make pitstops during two of the three Full Course Yellow periods to leapfrog the Toyotas.

But even when there were no outside factors at play, Alpine felt that it was unable to maximise its stint lengths, with the high temperatures having a detrimental effect on fuel consumption.

Asked if Alpine can realistically challenge Toyota for victory or second place in Bahrain 8 Hours with improved fuel mileage, Sinault replied with a resounding “yes”.

He, however, hopes that Alpine can beat Toyota on raw pace rather than relying on misfortune to strike one of the two GR010 Hybrids.

“I hope we can achieve P2 or P1 in a regular way," he said. "We never wait for some trouble with Toyotas to be performing well.

“We work hard on our race pace since this week, race and today. We don't care about one-lap [pace] in qualifying. We improved a lot so we will see [what result we can get] but in a regular way.”

Toyota has won all five races of the season so far despite being hit with a myriad of technical issues with its new hypercar, including at Le Mans.

Should one of its two cars win the twilight Bahrain race this weekend, it would make Toyota the first manufacturer to complete a clean sweep of victories in the top class since the inception of WEC in 2012.

Alpine is the only manufacturer that can deny Toyota that accolade, with Glickenhaus - the only other entrant in the Hypercar class this year - skipping both races in Bahrain.