Alonso unlikely to remain with Toyota for 2019/20 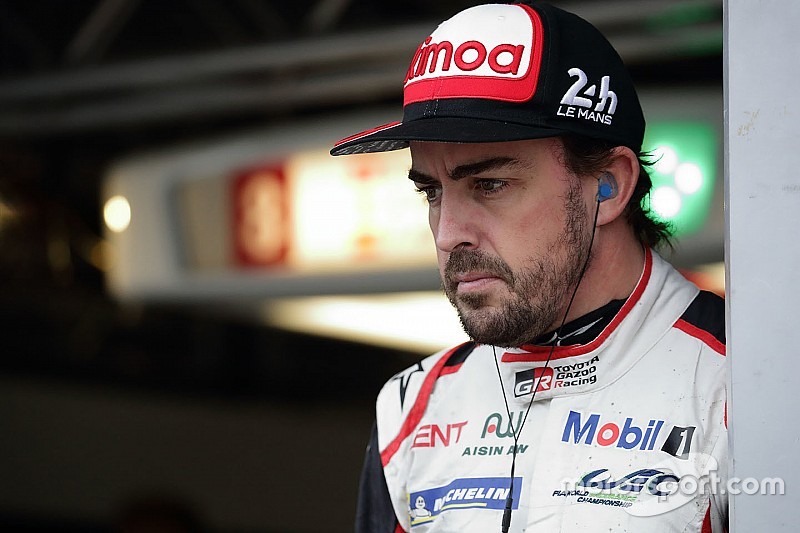 Fernando Alonso is looking unlikely to remain with the Toyota LMP1 team for the 2019/20 FIA World Endurance Championship season.

The Japanese manufacturer is refusing to comment on speculation that the two-time Formula 1 world champion will not be part of its line-up when the first edition of the WEC run to a 'winter series' format kicks off at Silverstone in September.

A spokesman for Toyota Motorsport GmbH told Motorsport.com: "We expect to announce our drivers for next season relatively soon."

He said that he could not comment further when asked if Brendon Hartley was in the frame to replace Alonso alongside Sebastien Buemi and Kazuki Nakajima in 2019/20.

It is understood that two-time WEC title winner and ex-Toro Rosso Formula 1 driver Hartley could be in place at Toyota as a reserve driver as early as the Le Mans 24 Hours in June.

Alonso, who joined Toyota for the 2018/19 WEC superseason while he was still racing for McLaren in F1, has been non-committal on his plans.

He said during this year's Rolex 24 at Daytona that his chances of continuing in the WEC beyond the climax of the superseason at Le Mans this year were only "50/50".

The Spaniard has outlined an ambition to compete in "iconic races" around the world in the future, while not ruling out an F1 comeback or a full campaign in IndyCar after his return to the Indianapolis 500 this year.

He has also achieved the second leg of unofficial triple crown of motorsport by winning Le Mans last year and leads the WEC points with two races to go.

It appears that Alonso's desire to keep his options open for next year doesn't fit with Toyota's need to get its driver line-up in place for a season that is only four and half months away.