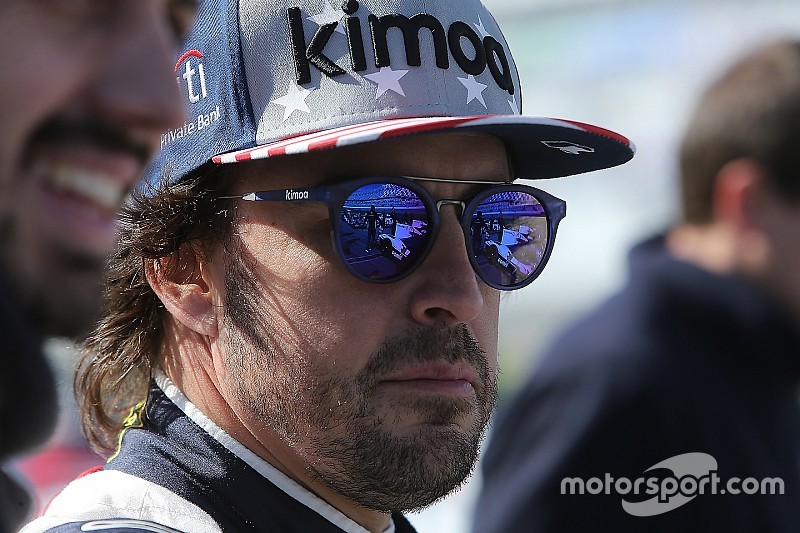 The move means Fuji no longer falls on the same weekend as Formula 1’s United States Grand Prix, meaning Alonso can race there as part of his deal to contest the entire 2018/19 superseason with Toyota.

However, this has created a fresh clash with the Petit Le Mans IMSA finale, which a number of regular WEC drivers had been planning to contest.

Ford GT driver Olivier Pla was among the most vocal critics of the decision, accusing WEC of “a lack of consideration and respect” for the drivers the Petit Le Mans clash affects.

Speaking to Motorsport.com, Neveu explained that he had to put the interest of the championship first by prioritising Alonso and Toyota over its other competitors.

“When you take a decision like this, you know always some people will be happy and some will be unhappy,” he said.

“[We wanted] to protect the interest of the championship, and this is what we have to take in consideration first.

“How can you imagine having someone like Alonso in your paddock, racing for Toyota, and say that we are going to Japan without him?

“Fernando wants to fight for the world championship, he cannot miss one race. It was logical. There was no question of [not having] Alonso in Japan.

Neveu added that IMSA had been warned in advance about the Fuji date change and "fully understood" WEC's rationale for doing so.

He said: "They had Alonso at Daytona [for the Rolex 24] – so they have a good estimation of the added value of a driver like this in your paddock."

While Neveu also expressed hope that IMSA might consider shifting the date of Petit Le Mans, such a prospect has been ruled out.

A spokesperson for IMSA told Motorsport.com: "WEC did ask IMSA to change the date of this year’s Petit Le Mans. IMSA respectfully considered this request and explored doing so.

"Due to some factors such as television coverage, IMSA’s year-end banquet on the same weekend and competitor and manufacturer logistics already being in place among others, it was determined there were too many hurdles to overcome to move the event.

"Therefore the 2018 Petit Le Mans at Road Atlanta will take place as scheduled on October 10-13."