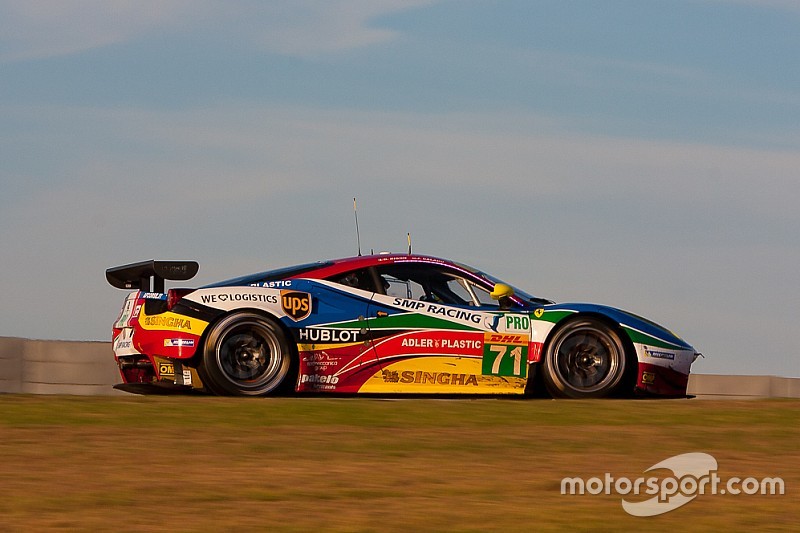 In the GTE-Pro class Davide Rigon and James Calado win their first career pole on AF Corse’s 458 Italia no. 71 in front of the no. 51 of Bruni-Vilander.

Oyama - All the Ferraris put in a superb performance in qualifying at the 6 Hours of Fuji, the third last round of the World Endurance Championship (WEC). The Prancing Horse monopolised the front row in the GTE-Pro class, while taking second and fourth place in the GTE-Am. However, the race is long and full of unknowns, beginning with the rain, which should be falling at the start although we don’t know how heavily. GTE-Pro. Toni Vilander and Davide Rigon began the

The Chevrolet of Larbre Competition driven by Roda-Ruberti-Sylvest clocked the fastest time in the class of 1:39.901, while overall pole position went to the Porsche of Bernhard-Webber-Hartley. The race will start on Sunday at 11 am local time (4 am CET) and will end at 5 pm (10 am CET). Rain at the start is almost a given, making the result even harder to predict.