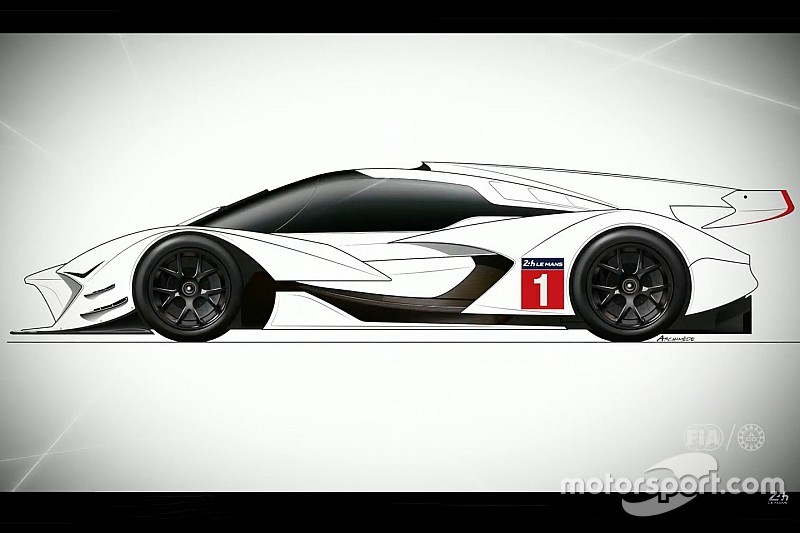 Strict limitations on aerodynamic development are a key component of the cost reduction planned for the new FIA World Endurance Championship prototype regulations that will come into force in 2020.

Manufacturers and constructors building cars to the rules announced on Friday in Le Mans for the so-far unnamed top class of the WEC from the 2020/21 season will be given downforce and drag targets that they cannot exceed.

Vincent Beaumesnil, sporting director of the WEC promoter the Automobile Club de l'Ouest, said: "The idea is that if you define the values then there is no reason to spend money on windtunnel development because you will get no reward.

"This will be a new process in which we will measure the cars in the windtunnel and make full bodyscans of them.

"This way we can make sure that the cars can go up to the point we lay down, but not go over it."

The rule is also central to the concept of allowing the manufacturers to style their WEC contenders after hypercars, top-level sportscars or concept cars.

"The key point is that the manufacturer will have the ability to determine the shape of the cars because it will not be dictated by the need to create downforce," explained Beaumesnil.

"Instead of micro-managing the regulations by banning this winglet or that one, where the regulatory body is always behind the engineers, here the actual aerodynamic performance is set," he said. "That is the best way to manage things.

"The target is to set the aero efficiency at an achievable level, not at a level that requires 30 people over three years – it should be achievable by a team with a few good CFD [computational fluid dynamics] engineers."

Active aerodynamics are also a central principle of the new rules, which were announced in draft format by the ACO and the FIA ahead of this weekend's Le Mans 24 Hours WEC round.

FIA technical director Gilles Simon explained that this would allow for "greater efficiency at lower cost" and a single aero kit to be used across the six-hour WEC races and Le Mans.

He added that it was the "right time" to allow active aero on prototypes in the WEC because it is becoming increasingly common on road cars.

The target of the rule makes is to reduce costs to 25 percent of current levels, though the ACO and the FIA have decline to put a figure on a likely budget.

The cars will be slightly slower than the current breed of LMP1. The target is for the new breed of cars to be able to qualify at Le Mans at 3m20s, five seconds slower than pole position for this year's race.

The 2020/21 cars will have less downforce, be heavier and have less power from a single front-axle kinetic energy-retrieval system, but approximately 200bhp more power from their conventional internal combustion engines.