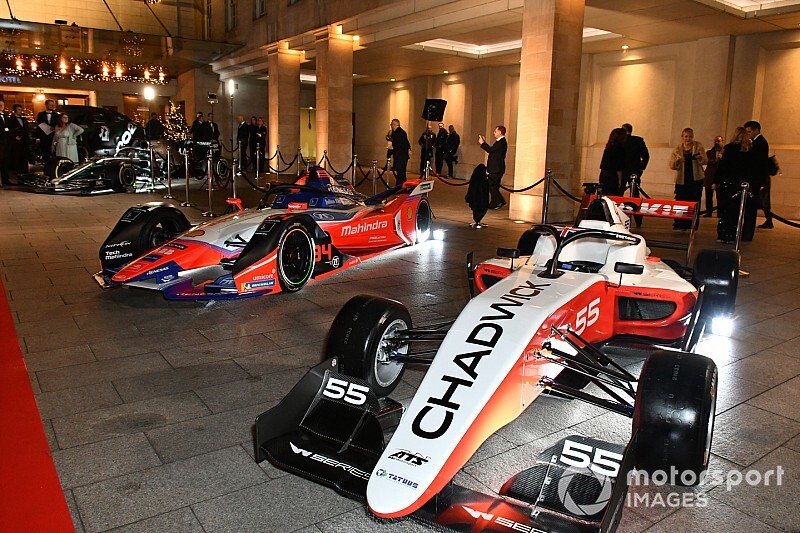 The all-female W Series has received a Pioneering and Innovation Award presented by Mahindra Racing at this year's Autosport Awards following its first competitive season.

The series was launched for 2019 to address an imbalance at the upper end of the single-seater ladder and encourage more female drivers to become involved in motorsport. Competitors drove identical Tatuus Formula 3-spec cars during the inaugural six-round season and were not required to bring funding, while a prize pot totalling $1.5millon dollars was also put forward.

Bond Muir said: "I hope it's more of what we've done, we want to go into more countries, have more drivers from more countries and become a global force. We've had a good first year and really looking forward to the second. We've had a great announcement with ROKiT today.

"This is about teams, not me at all. Thank you to the amazing team back in the Victoria head office, they are absolutely brilliant. We think we've done well this year to put more women on the map, Jamie being mentioned here is a feather in our cap. But we want our drivers to go on and do a lot more major racing against the guys and start beating the boys.

"We expect that to happen in the next few years."

For 2020, W Series has expanded its field to 20 drivers and has announced a provisional six-round calendar, though more races are expected to be announced in due course.

It has also concluded its first sponsorship deal with telecommunications firm ROKiT, and one of the series' showcars is on display at this year's Autosport Awards at the Grosvenor House Hotel in London sporting a launch livery.