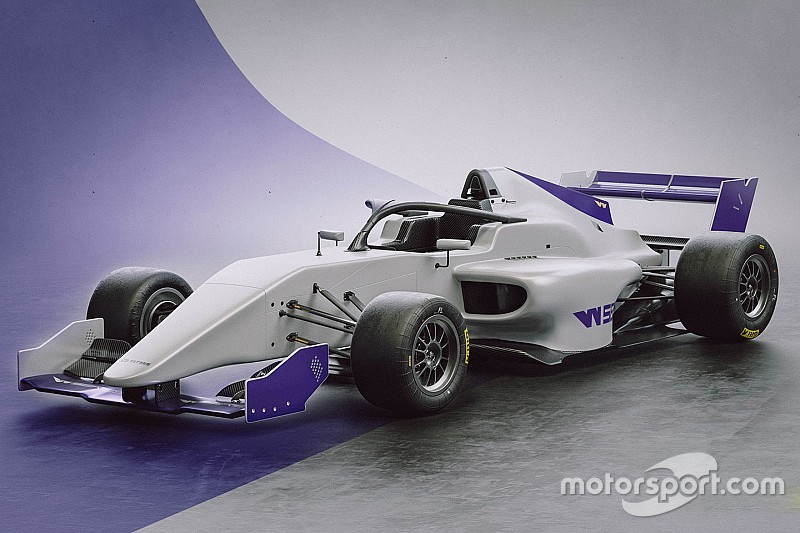 W Series, a new international single-seater championship for women, is to launch next year with the aim of helping females in their push to Formula 1.

The new category, which will use identical Tatuus F3-spec cars, has backing from former F1 race winner David Coulthard and a prize pot totalling $1.5 million.

The winner of the category will earn $500,000 to help fund her next step up the racing ladder to F1.

The six-round series will launch in May 2019 and features 30-minute races throughout Europe, with one round to he held in the UK. Future expansion in Australia, Asia and the Americas is expected longer term.

Females hoping to compete in W Series will not have to bring any sponsorship but they will have prove their ability in an intensive selection process to ensure that the grid is full of the best talent possible.

The judges will include Coulthard, former F1 team manager Dave Ryan who is the series’ racing director and F1 technical designer Adrian Newey, who is an advisory board member.

Speaking about the reasons for helping create an all-female category, Coulthard said: “We at W Series firmly believe that female and male racing drivers can compete with one another on equal terms given the same opportunity.

“At the moment, however, women racing drivers tend to reach a ‘glass ceiling’ at around the GP3/Formula 3 level on their learning curve, often as a result of a lack of funding rather than a lack of talent.

“That’s why an all-new all-female single-seater motor racing series is required – W Series – to establish a competitive and constructive motorsport habitat in which our drivers will be able to equip themselves with the necessary skill-set eventually to move on up to existing high-level mainstream racing series and compete with the best male drivers on equal terms.”

W Series CEO Catherine Bond Muir, who has helped put together the funding, added: “There are just too few women competing in single-seaters series at the moment. W Series will increase that number very significantly in 2019, thereby powerfully unleashing the potential of many more female racing drivers.

“W Series drivers will become global superstars – inspirational role models for women everywhere – and every organisation, every company, every sponsor and indeed every single person who helps W Series’ winners and champions achieve those ground-breaking successes will be able to celebrate their part in it, publicly, to lasting worldwide acclaim.

“W Series is an inspiring innovation whose time is now.”

Newey said that he felt there was no reason why women could not be successful in F1.

“I believe that the reason why so few women have so far raced successfully at the highest levels against men is a lack of opportunity rather than a lack of capability,” he said.

“And that’s why I’m so pleased to be involved in W Series, to do what I can to contribute to creating a platform on which women drivers can improve by racing one another and from which they may then springboard their careers forward and, yes, ultimately race and indeed eventually beat their male counterparts.”