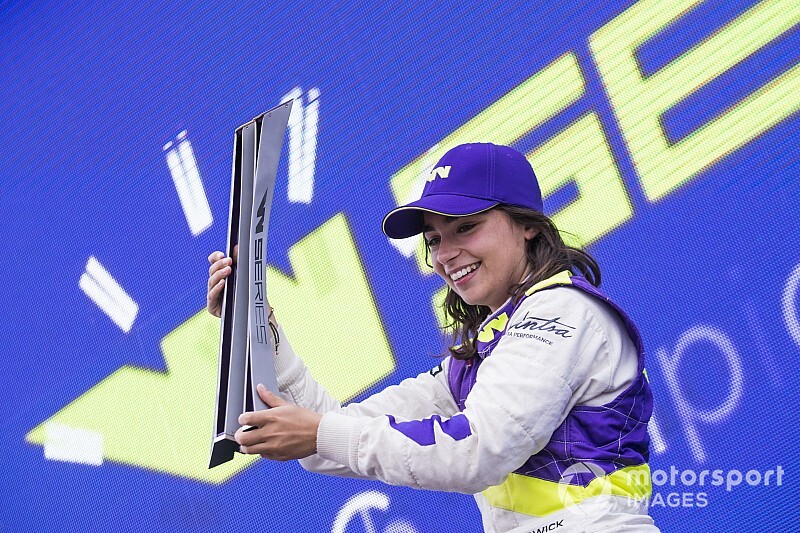 Inaugural W Series champion Jamie Chadwick has described the Brands Hatch finale, in which she beat Beitske Visser to the title, as “probably the most stressful 30 minutes of my life.”

Chadwick took a fourth-place finish on home turf to secure the title, the first time the Williams Formula 1 development driver had been absent from the W Series podium all season.

Chadwick had started the race from pole and held the lead in the early stages, but both Alice Powell and Emma Kimilainen had closed the gap to Chadwick before Powell passed her on the inside of Paddock Hill Bend, with Kimilainen following through into Druids.

A small error from Chadwick after a safety car restart then allowed Visser past and take the final podium spot, although not the championship.

Reflecting on the "awful" race that landed her the W Series crown and the $500,000 top prize, Chadwick said: “Alice maybe had a bit more pace than me, and a kind of 'nothing to lose' feeling and I knew she was going to make a bit of a move.

“She threw it down the inside at Paddock which actually caught me out big-time and that allowed Emma through. There was a little bit of wheel-banging and I knew it wasn't my battle to fight, so I kind of lost my rhythm from there.

“I felt I had Beitske behind me quite easily but then I managed to make a mistake and open the door to her. Honestly as the race goes, it was probably the most stressful 30 minutes of my life.

"I've never really experienced that level of pressure before, I guess when you've got a championship [at stake] but in the back of your mind you just want to win the race."

She added: "It's one of those track that bites, and in the back of my mind I knew that could happen and I didn't want to throw the championship away.

Asked if she was feeling nerves with the title hanging in the balance, Chadwick replied: "It's very different when you're fighting for the championship. I made one costly mistake, which let Beitske through, but other than I think I was just managing the race for the championship.

"In qualifying I was on it 100 percent and in the race I didn't feel quite as comfortable to push to that level, knowing what was at stake." 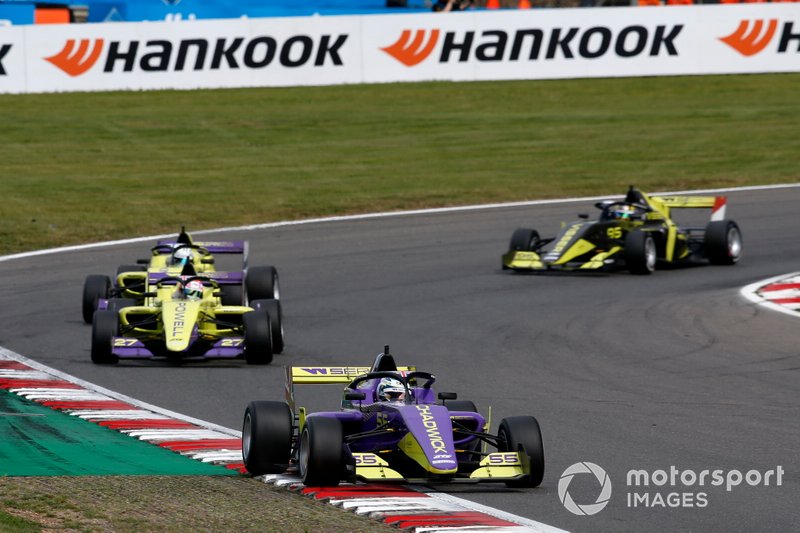