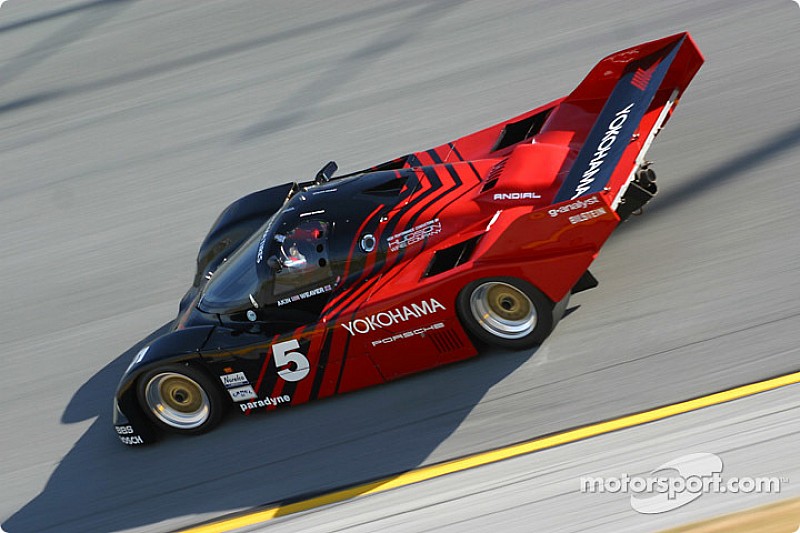 This Porsche 962 – the last car that the very popular Bob Akin fielded in the IMSA series – is up for sale.

Akin’s Coca-Cola/Yokohama-sponsored team had already been winding down when he took delivery of this air-cooled IMSA 962 in late 1987; it was the last car campaigned by Akin, who for the first time in his IMSA career did not drive his team car in a race.

Once the 1987 season was finished this 962 would be retired unscathed from IMSA competition after only three races, and Akin would retire from professional racing.

Until then, this Chapman chassis C04 had finished fifth in its maiden outing at the Road America 500 in the hands of legendary drivers James Weaver and Vern Schuppan.

This was followed up with an effort in the hands of the man who has won every major road racing endurance race, Hurley Haywood, teaming up with Weaver at Columbus for an eighth place finish.

The third and last race for C04 was the Del Mar 2-hour with James Weaver the sole driver.

Campaigned in the Historic Sportscar Racing series with great success, 962-C04 is in excellent condition in its stunning Coca Cola/Yokohama/Paradyne black and red livery.

It was expertly restored in 2003 and is currently maintained by leading Porsche specialists Sean Creech Motorsport/Metro Racing Systems.

The 962-C04 serial number designates the rare and highly desirable Chapman honeycomb aluminum chassis licensed by Porsche, which features greater stiffness and durability. This 962 is in race ready condition with a freshly rebuilt and dyno-tested 3.0L engine, and freshly rebuilt transaxle/differential.

Stan Wattles - Glen Cove, New York (acquired from the above in 2002)

Rasim Tugberk - Fairfax, Virginia (acquired from the above in 2005)

Steve Goldin - Miami, Florida (acquired from the above in 2006)

Ray Langston III - Miami Beach, Florida (acquired from the above in 2012)

John Surtees on track at the 2015 Goodwood Revival meeting