August 25
Lucy O'Reilly Schell finishes 12th, driving a Bugatti, in the Baule Grand Prix in France. She is the first, and only, American woman to drive in a Grand Prix, and she would drive in three more (1927). 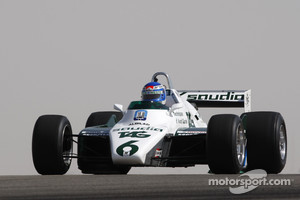 August 26
The final motor sport event held at Donnington Park, England, before the start of WWII is a motorcycle race. Motor racing will not return to Donnington until 1977 (1939).

August 27
Charles Stewart Rolls, one of the founder of Rolls-Royce Limited, is born (1877).