The cars of Ferrari

Today marks the 25th anniversary of Enzo Ferrari's death...here are some of his biggest accomplishments on pavement.

Enzo Ferrari passed away 25 years ago today. Arguably one of the most influential men in auto racing, he founded Scuderia Ferrari in 1929 and never looked back, claiming countless titles among countless disciplines of racing.

It takes a great car and a great driver for success on the racetrack. Enzo Ferrari always found the best drivers to drive his top quality machines throughout motor racing history. Here are three of the best cars created by the Italian over the past 80 years.

This car campaigned the Formula One seasons from 1975 until 1980, and saw 27 race wins, four constructors and three drivers championships, all from a total of 90 race starts. Over its five years of competition the technical regulations changed, but the basic chassis of the 312T never did. 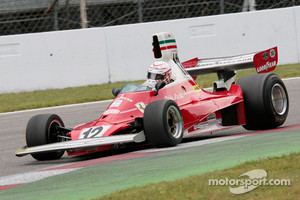 The car gave Niki Lauda his 1975 and 1977 titles while Jody Scheckter drove the car to a championship in 1979.

The car was designed by Mauro Forghieri after the team realized it needed to improve on its previous car, the 312B, which had serious handling issues in 1974.

The 'T' in the cars name was symbolic of the 'transversale' nature of the gearbox, which was positioned ahead of the rear axle.

The car was not actually debuted until the third race of the season, and won the following round at the non-championship race at Silverstone with Lauda piloting the machine.

The following season saw the tall air box cut off the car and the intake moved to the side pods of the car.

This version of the car was made famous by the accident at the Nurburgring by Niki Lauda after a rear suspension failure sent the driver into the wall and nearly to his fiery death. Amazingly, Lauda was racing again six weeks later. This season will be dramatized in the upcoming film Rush, by Ron Howard. 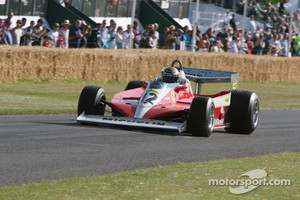 The second version of the car, or 312T2 would also be used in 1977 with little to no changes. After dismal performance, Lauda led a testing program to develop the car after two races. The testing brought about a new rear wing, changes to the bodywork and suspension. Lauda would go on to win the tragic next round at Kyalami, where Tom Pryce was killed on track.

This car would see a number of different wings and noses tailored for specific tracks though out the season.

The following season, in 1978, saw a much smaller profiled version of the 312T2, now the 312T3. Michelin came on board with Ferrari, easing the tyre worries of the team. The car won five races that season, but was not able to overcome the challenge of the Lotus 79 which utilized ground effects to win the title.

Following the lead of Lotus in 1979, Ferrari built a ground effects car which was based on the previous model. It was narrower but could only get so small as the long time used flat-12 engine was exceptionally wide. The car won six races that season and gave Scheckter his only drivers championship.

The final year of the 312 chassis was dismal. The car continued to evolve around aerodynamics of the time, but was limited because of the flat 12 engine in the back. The design progress of the car was scrapped at seasons end after Ferrari finished 10th in the constructors championship.

Ferrari had a stranglehold on the GT ranks at Le Mans for some time. But as challengers started building stronger, more versatile cars, namely Ford with its GT program, Ferrari had to come up with something special. 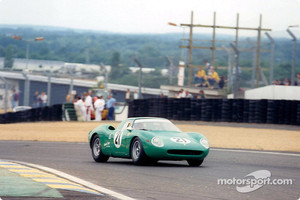 The winner of Le Mans Legend: David Piper with his Ferrari 250LM

The 250LM was based off previous 250 models, with the addition of a roof and a more rigid frame. The car was turned down by the FIA's homologation rules, as only a total or 32 250 LMs were build, a far cry from the necessary 100. This forced the stable to enter the car in the prototype category in 1964 and 1965 at Le Mans.

The car won Le Mans in 1964, but only five were entered in the 1965 edition of the race, all by privateer teams as the factory was backing its prototype effort. With terrible reliability from both Ferrari and Ford, the privateer team of North American Racing Team took home the overall victory in the race, with two other 250 LMs in the top six.

This was Ferrari's last victory at Le Mans and this car has become a legend among collectors. With only 32 produced by the factory, and a ton of replicas on the market, getting your eyes on an original is something to see.

Domination. One word describes this car made by Ferrari. Dubbed the F2002, representing the year it campaigned in Formula One. This car won 15 out of the 19 races it raced with drivers Michael Schumacher and Rubens Barrichello in 2002 and 2003. 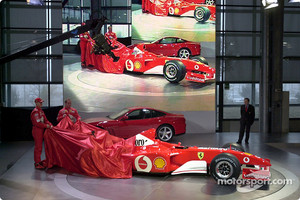 Designed by Rory Byrne, Ross Brawn and Paolo Martinelli, this compact open wheeled car won in its debut in the 2002 Brazilian Grand Prix.

The car was powered by the 051 3.0 litre V10 engine and featured new periscoping exhaust outlets which moved the hot air away from the rear suspension and towards the rear win. A bigger rear wing and more gentle rear suspension gave the car an incredible edge.

Schumacher won the title in record time, clinching the championship in the 11th round in France with six races to go. He won a total of 10 races and never finished lower than second. Team mate Barrichello won four races. 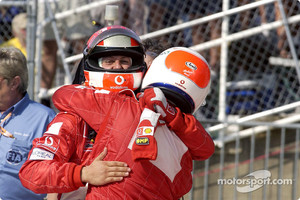 The car was run the following season for four races while the F2003 was being developed. Schumacher won the San Marino Grand Prix while Barrichello put it on the podium twice out of four races in 2003.

Ferrari's cars, be it GT cars, prototypes or Formula One cars have always been a marvel of engineering and craftsmanship.

The numbers in Formula One speak for themselves, as the team holds many records. Most notably most grand prix wins at 221, and highest winning percentage at 25.7 per cent.