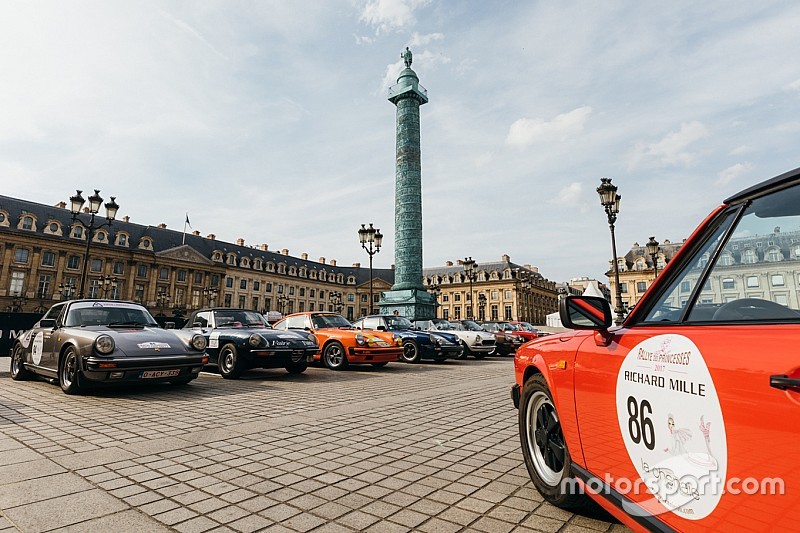 The 18th edition of the Richard Mille Rallye des Princesses was decided by a change of lead on the last of five days of competition across France in classic cars.

A field of 90 cars took part in Viviane Zaniroli's event, a regular rally for female competitors only and covered 1000 miles of French roads between Paris and Saint Tropez.

Overall winners were Veronique Castelain and Stephanie Wante in their Porsche 911SC, while two Triumphs earned a place on the final podium.

Into second went the TR5 of Catherine Proust and Dominique Gobeaux, with the TR6 of Adeline Paquiers and Helena Euvrard third.

A disastrous final day dropped the Ferrari 328 GTS of former leaders Nadia Moreau and Valerie Dot down to fourth.

The Richard Mille Rallye des Princesses is Europe's leading women-only motor racing event and draws inspiration from the first of its kind, the Paris-Saint Raphael Rally held in 1929.

The competitive element of the rally was based around maintaining an average of 40km/h or 50km/h, depending upon the age of the car.

Each day included seven to eight hours of driving, with the overall running order switched around each day.

The weather was warm and sunny across the opening days but the crews encountered rain before Saint Tropez.

Among the competitors was Anne Sampeur, who was co-driven by her 14-year-old daughter Matisse in a 1979 Alfa Romeo Spider.

Along with two other crews, they were supporting Le Parti des Enfants, a childrens' cancer charity.

"We drove a lot and it was a tough event," said Sampeur. "We finished 42nd and for us the objective was to finish, not to break anything and to raise awareness of the charity.

"It was the first event like this for my daughter so we were happy with our performance.

"On the regularity sections we had to recalculate our speed every 200m, so there was a lot of paper in the car!

"The climb to Alpe D'Huez was nearly nine miles long and included 21 hairpin bends, so that was very hard in an old car."