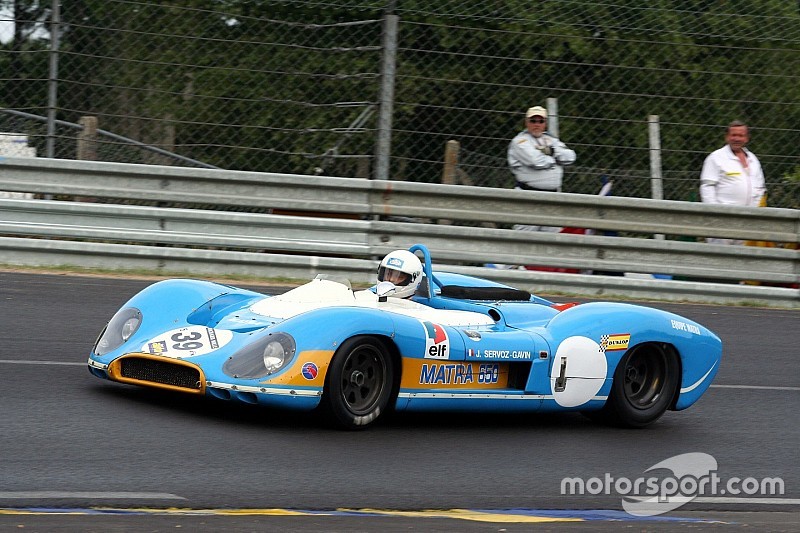 Some of the most beautiful, and now valuable, cars ever built for sports car racing will take part in a brand new event in France next September, supported by Richard Mille.

Rallye des Legendes Richard Mille is a non-competitive event designed to give owners the chance to drive their cars on classic French roads with a three-day route in a cloverleaf format so that crews return to the same host town each night.

Entries for the September 11-14 event will be limited to 50 cars produced between 1925 and 1975 and cars will be selected according to their provenance.

The cars on the final entry list could include models ranging from an Alfa Romeo 8C to a Matra 650S, and feature Bentleys, Bugattis, Ferraris, Porsches and timeless classics like the Ford GT40 and Jaguar D-type.

"These very rare automotive legends are of inestimable value and they are now only seen in exhibitions, a far cry from their natural environment in the past," said organiser Patrick Peter.

"The idea of competition will be totally absent from the Rallye des Legendes Richard Mille.

"The aim is to become a rendezvous reserved exclusively for cars that have reached such an inestimable value that their owners no longer dare to drive them.

"Richard and I are going to create all the right conditions to make this possible again."

The event, designed as a celebration of the "art de vivre a la Francaise", will explore a different French region every year.

Each day, a route of around 200 miles will trace famous special stages and include runs on a race circuit.

Richard Mille said: "Although I'm a designer of avant-garde watches I'm also a dyed-in-the-wool fan of classic cars which, in my opinion, are real works of art.

"Some of them are the incarnation of the major mechanical and aesthetic challenges of their era.

"Like Richard Mille watches they are objects of passion, generate emotions and their raison d'etre is action. A vehicle's beauty only truly comes alive when it's moving.

"Thus, Patrick Peter and I are determined to create the Rallye des Legendes and invite the most exclusive cars in the world to take part in it."

Peter's organising group Peter Auto has also announced the Chantilly Arts and Elegance Richard Mille will have a new date in 2019.

It will now take place in July in odd-numbered years alternating with the Le Mans Classic.