Hyundai WRC driver Thierry Neuville will use the Opel Corsa with which he began his rallying career 11 years ago for an event in Belgium next week.

Neuville and his brother Yannick rebuilt the car in their family workshop and the WRC runner-up will use it for the first time at the popular Belgian historic event from February 2-4.

Winners of last year's event in a Porsche 911, Neuville and co-driver Nicolas Gilsoul have asked not to be included in the official classification due to the modified nature of their car.

"We decided to put a more powerful engine in to have some more fun," Neuville told Motorsport.com.

"It's a Corsa B kit-car engine, which is very rare, but we managed to source one. It's got about 210hp, so it should be interesting.

"We made a few minor improvements. Let's just say the car will be a bit of a hybrid.

"I don't want to drive the car as a 'demo' as I really want to compete and be able to register my times, but my name will not appear in the overall rankings.

"Our aim is first and foremost to be present in this great Belgian rally event and put on a show.

"I really love this rally. The course, the atmosphere and the general public in Bastogne are fantastic. We really enjoyed ourselves last year and I truly wanted to be back in 2018, but in a different way: purely for fun, for the fans and for Nicolas and myself."

Starting out as a 19-year-old rally driver, Neuville remembers the Corsa well.

"This is the Corsa with which I competed in my first event, the Cretes Rally in Luxembourg and at a hillclimb," he said.

There was class success on the hillclimb, while he scored a class podium – third – on his rally debut. 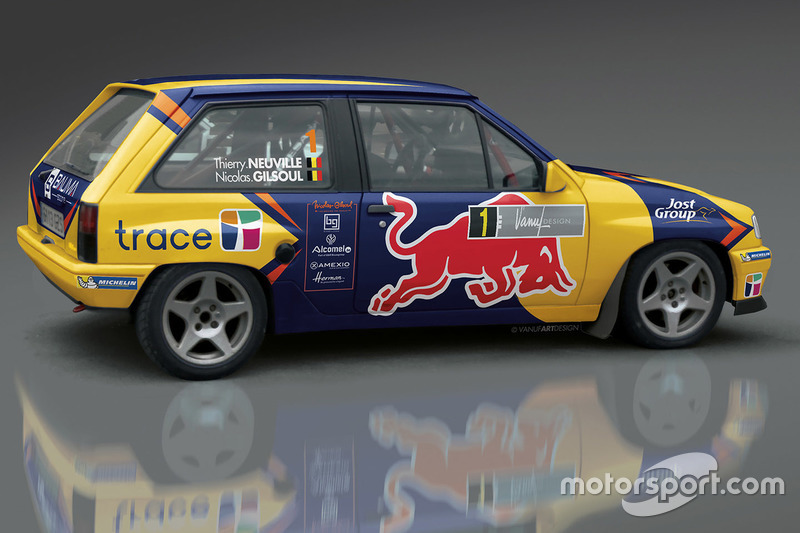