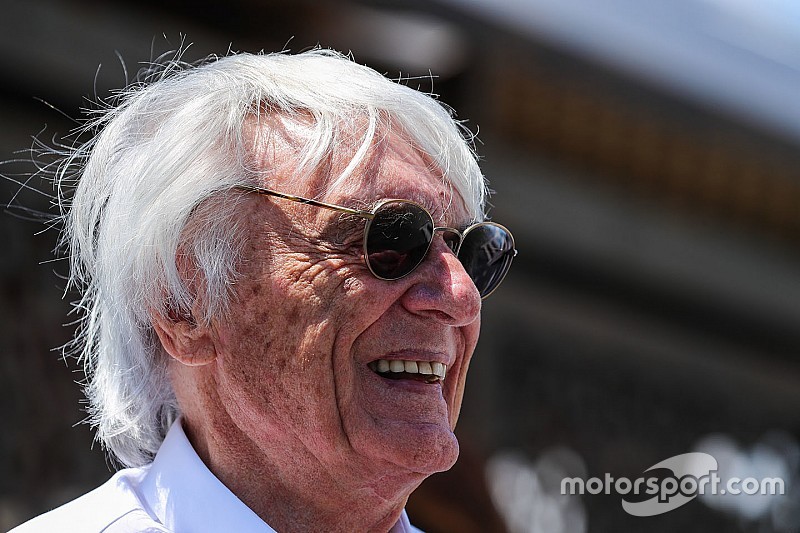 This year’s Goodwood Festival of Speed centrepiece will honour the career of ex-Formula 1 CEO Bernie Ecclestone.

The featured sculpture at Goodwood is traditionally devoted to car manufacturers. Last year’s centrepiece was dedicated to BMW, with Porsche, Jaguar and Rolls-Royce among the iconic brands to be commemorated since Gerry Judah’s first sculpture, on Ferrari, in 1997.

Judah’s 2017 piece has been called the 'The Five Ages of Ecclestone', picking out the 86-year-old’s time as a “driver, manager, team owner, impresario and legend of the sport”.

Each element is portrayed on the central feature by a different car, high up on five arms from a white circle.

Ecclestone was ousted as F1 chief last year as part of new owner Liberty Media’s overhaul of the top of grand prix racing, though he retains a chairman emeritus role.

“Coming up with a sculpture for Goodwood is always a challenge”, said Judah. “They have to be different, dynamic and dangerous, as motorsport itself.

“This year is no exception given we are celebrating an individual, a phenomenon, and what better way than producing a firecracker.”

Ecclestone will attend the Festival of Speed along with world champions, team owners, engineers, designers and mechanics from his life in motor racing.

The celebration will culminate in a key tribute moment on the balcony of Goodwood House at 3pm on Sunday.