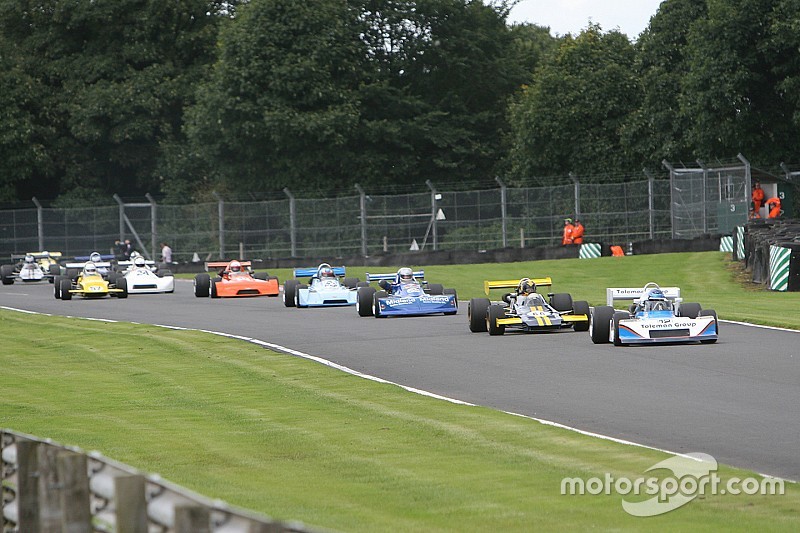 The 50th anniversary of Formula 2's 1600cc era will be celebrated at the Oulton Park Gold Cup by two headline races in the HSCC Historic Formula 2 FIA-sanctioned International Series.

Oulton's annual event, which will held from August 26-28, will be the first time in a decade the cars have raced on the Cheshire circuit, with qualifying on Saturday and races on both Sunday and Monday.

Oulton has a strong F2 history from the early years of the category and was one of the first tracks to host cars running to 1600cc F2 regulations in 1967.

In April 1967, F2 cars raced alongside F1 cars in the non-championship Oulton Park Spring Trophy and Jackie Oliver finished fourth overall in his F2 Lotus 41B.

Later that year, in September, Jackie Stewart (Matra MS7) and Graham Hill (Lotus 48) finished second and third overall behind the Jack Brabham in the Gold Cup.

It was five years before F2 returned to Oulton for the second round of the 1972 British F2 Championship, when Niki Lauda won convincingly in his works March 722.

The short-lived championship returned to Oulton in September for the fifth and final round when Ronnie Peterson (March 722) beat Lauda and James Hunt (March 712M), as future world champions locked out the podium for the final period F2 race at the circuit.

The HSCC has confirmed it will continue its Historic F2 Series in 2018 and beyond despite the establishment of a rival series by the French-based Peter Auto organisation.

Grids in 2017 have been divided following the creation of a second race series for F2 cars from 1967 to 1978, but the HSCC series has generally enjoyed better fields and more than 20 cars are entered for Oulton Park.

"We're very pleased to make an early and clear commitment to Historic Formula 2," said Grahame White of the HSCC.

"We are working on the 2018 calendar to ensure a schedule that best fits the wishes of our competitors."