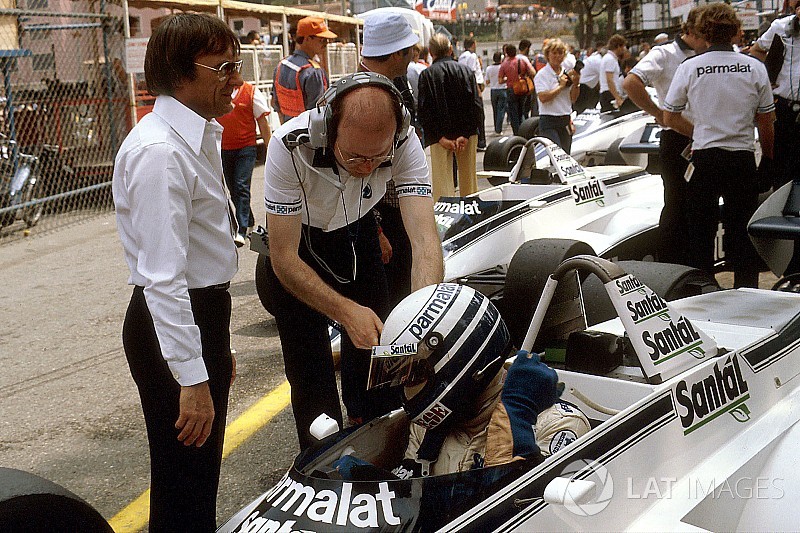 For the first time, the Central Feature at Goodwood’s Festival of Speed on June 29-July 2 will celebrate an individual rather than an honoured marque when it focuses on the life and career of Bernie Ecclestone.

Ecclestone will attend the Festival of Speed along with a number of World Champions, team owners, engineers, designers and mechanics from his life in the sport.

The Central Feature of the event, a towering sculpture outside Goodwood House, will display cars from the five different chapters of his life, as driver, manager, team owner, impresario and finally a true legend of the sport.

“This is not so much a tribute, but rather a Goodwood celebration of a racer who has had such a huge influence on the sport we all love,” said Lord March.

“It’s wonderful that Bernie has agreed to spend the weekend at the Festival with many of the great names with whom he worked during a life dedicated to racing.

“I’m also delighted that he will bring with him some great historic Grand Prix cars from his incredible collection.”

Ecclestone was first a driver, then driver manager and team owner. In 1974, at the request of other team owners, he took control of the F1 Constructors’ Association and guided Formula 1 to become the most watched sport in the world.

‘The Five Ages of Ecclestone’ began as a driver in 500cc Coopers during the late-1940s and early 1950s, culminating in an entry for the Monaco Grand Prix in a Connaught.

Bernie turned his hand to management, guiding the careers of Stuart Lewis-Evans and Jochen Rindt and at the end of 1971 he purchased the Brabham F1 team to become a team owner. As an impresario, he masterminded Formula 1 for four decades and earned the status of legend in the sport.

The 2016 World Championship-winning Mercedes-AMG W07 will bring the story of his time in Formula 1 right up to date.

Significant names from his life will be at Goodwood, alongside the man himself, on Sunday July 2 when there will be a key moment in front of Goodwood House at 3pm.