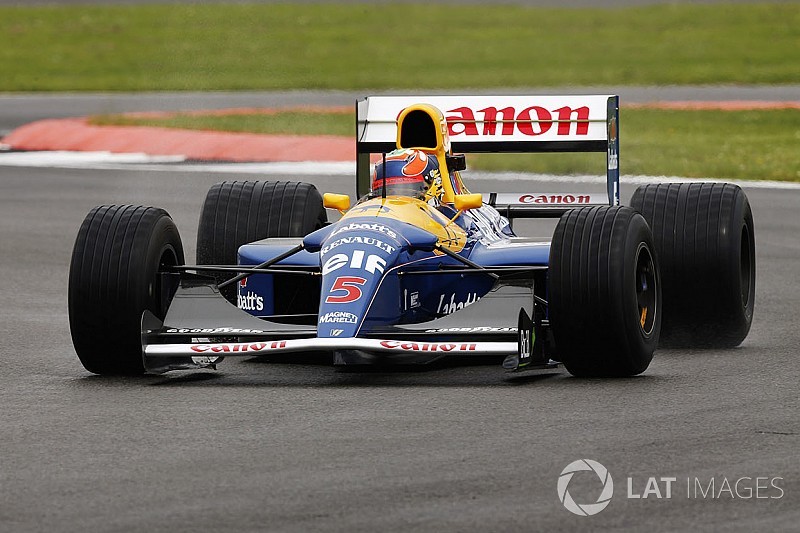 Nigel Mansell's 1992 Formula 1 title-winning Williams FW14B will be given a second run-out on the Silverstone Grand Prix circuit at this month's Silverstone Classic.

Karun Chandhok's demonstration laps as part of Williams's 40th anniversary celebration at the British Grand Prix venue last month were the first time the car had hit the track in 25 years.

The Renault V10-powered car will lap Silverstone again at the July 29-30 historics event in the hands of former single-seater driver Nick Yelloly.

To mark 25 years since Mansell's victory in the British GP and 1992 title success Williams Heritage, the team's division which preserves, showcases and runs a fleet of cars dating back to 1977, will run the FW14B during lunch breaks on the Saturday and Sunday of the Classic.

"We absolutely love the Silverstone Classic and really wanted its fans to share in our 40th anniversary celebrations," said Jonathan Williams.

"Nigel Mansell's victory back in 1992 truly caught everyone's imagination, so to have that very car once again speeding around Silverstone 25 years on will be a brilliant birthday tribute to him and the team."