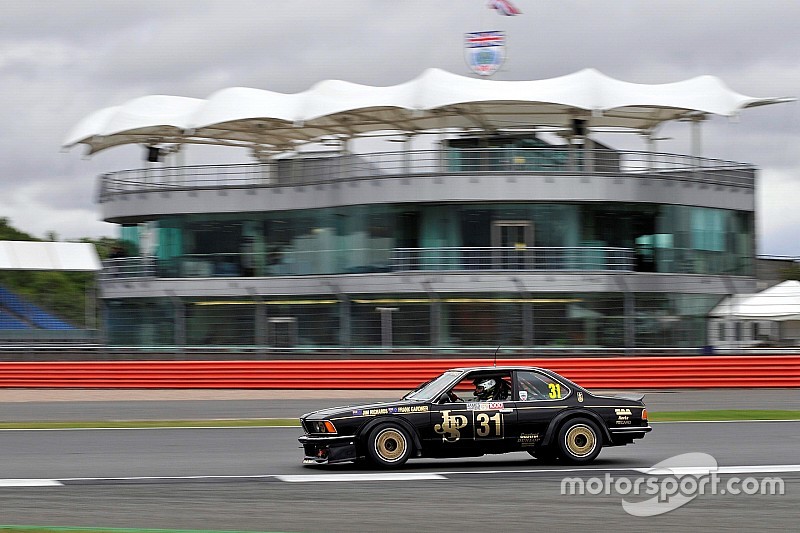 A rare BMW 635 CSi built and raced to Australian Group C regulations in the 1980s won the ‘Most Admired Car’ award at last weekend’s Silverstone Classic.

The former JPS Team BMW car was originally built in Group C specification – complete with the four-valve M88 engine – for Jim Richards to race in 1983 and 1984. It was then changed to Group A specification when the international regulations were adopted by the Australian Touring Car Championship in 1985.

Once retired from contemporary competition it was bought by collector Peter Sturgeon, who has since had the car converted back to its original Group C spec, and has for the last couple of season competed at big historic meets in Australia and New Zealand, with Richards back behind the wheel.

Last weekend was the car’s first appearance in the UK, Richards wowing local fans with the rare machine to the point where it was named the ‘most admired’ car of the star-studded Silverstone Classic.

“It’s terrific to be able to take the car overseas,” said Richards. “Group C was only an Australian class, it wasn’t international like Group A, so to demonstrate it to the fans at Silverstone was a brilliant opportunity.
“A lot of fans have never seen these cars in action before, especially in England. It was exciting to make this weekend a ‘first’ for a lot of people.”

“I was absolutely amazed at how much the British race fans knew about Australian motorsport.

“Everything that’s happened in Australia, they knew about. They knew everything about what I’ve done in my career, I was really blown away.

“We had more people visit our pit than anyone. The organisers of the event gave us the ‘Best Presented’ and ‘Car of the Meeting’, which was just fantastic. That’s what it’s about.

Despite being classed with faster Super Touring and Group A cars, Richards was competitive in the 46-car field, qualifying 17th and dicing with Steve Soper in a Group A Rover Vitesse on his way to a 20th and 24th from the two races.

“It’s an awesome track, and we had some great battles with the Group A Rovers,” added Richards.

“We were about a similar speed, and there were some slower M3s in with us as well. It was fantastic.

“The event itself was incredible. It’s a lot, lot bigger than I thought it would be. It’s almost comparable to the Goodwood Revival now. There were more than 30 historic Formula 1 cars there, and more like 50 sportscars.

“The grids were huge and every single car was a genuine car.”