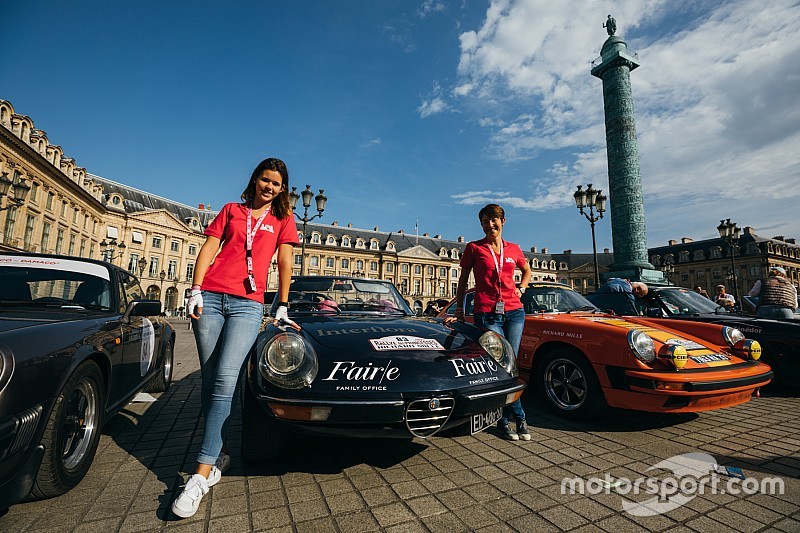 A total of 100 all-female crews are taking part in the Richard Mille Rallye des Princesses this week, in five days of competition across France in classic cars.

This unique event is the brainchild of Viviane Zaniroli, and is a regularity rally for female competitors only.

It is Europe's leading women-only motorsport event and a stunning array of classic cars gathered for the start at the Place Vendome in Paris. The event draws inspiration from the Paris-Saint Raphael Rally, the first all-female motor sport event first held in 1929.

Ahead of the crews are 1000 miles of classic French roads covering stunning scenery and a series of regularity tests before the finishers arrive in Saint Tropez on Thursday.

The competitive element of the rally is based around maintaining, as closely as possible, an average of 40km/h or 50km/h, depending upon the age of the car.

The route takes in overnight halts at Saint Aignan, Vichy, Alpe D'Huez and Mandelieu, and all the stops feature four- and five-star hotels so that competitors are well looked after at the end of each day of sporting competition.

The journey from Paris to the French Riviera is a wonderful adventure and the spectacular field of cars ranges from a 1955 Jaguar XK140 to classics of the 1960s and 1970s, with Porsche, Ferrari, Alfa Romeo and Mercedes all represented.

Among the competitors is Anne Sampeur, who will be co-driven by her 14-year-old daughter Matisse in a 1979 Alfa Romeo Spider, pictured above.

Along with two other crews, they will be supporting Le Parti des Enfants, a childrens' cancer charity.

“I like the spirit of the rally, it is very convivial,” said Anne Sampeur. “It is a regularity rally and if we get lost we take a lot of penalties. This is my fourth time competing on the rally.

“This year I am participating with my oldest daughter and it is a good experience for her. This is special for us as we are a team of three cars and the rally will help the charity to raise money and awareness.

“We travel on very nice roads through beautiful landscapes and we start from Place Vendome, which is a beautiful place.

“Vichy is a thermal town in the mountains and from there it will get more difficult as we drive from Vichy to Alpe D'Huez, which is very high."

“The famous climb to Alpe D'Huez covers nearly nine miles and 21 hairpin bends as the road climbs to 6000ft above sea level at an average gradient of 1:8.

“The last day takes us to Saint Tropez and a party at the finish.”