Words with Cam Waters: Ending the season with a bang 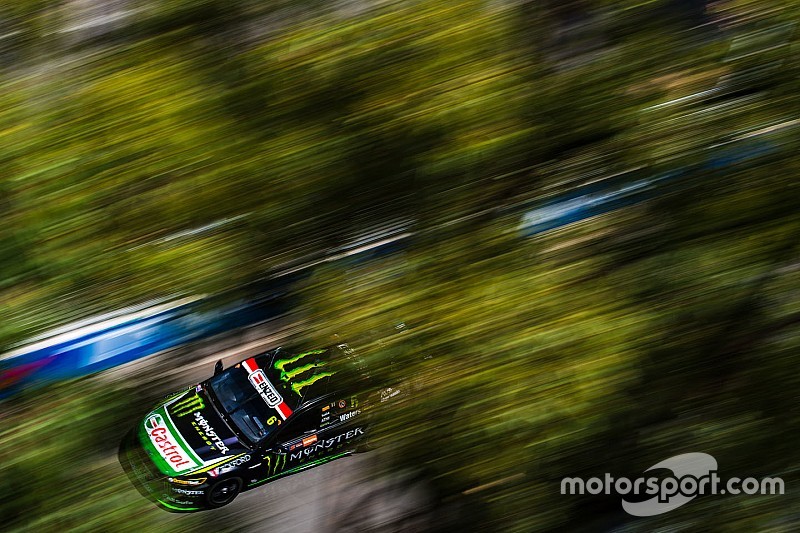 A Sunday crash meant the Supercars season didn’t end on the best note for our columnist Cam Waters. But bagging a prestigious rookie prize still gave him something to smile about in Sydney.

That’s not really how I wanted my season to end. It was a tough weekend for all the Prodrive Racing Australia cars, to be honest. We never really found a happy place in terms of setup, and we were never really on the pace.

The positive I can take is that I was pretty close to Mark Winterbottom and Chaz Mostert, but none of us were all that quick.

Sunday was almost a decent day; I was on to finish about ninth, and a Top 10 would have been a decent way to finish off the year. But then I made a little mistake, grabbed a bit too much kerb at Turn 8, and it fired me into the fence.

It was a really disappointing way to finish of 2016.

The Sydney Olympic Park track is pretty brutal when it comes to mistakes. You can’t lose concentration at all. I’m actually really angry with myself, because I felt really good in the car. I was just hitting my markers and everything was going well. And then it all happened so quickly. If I had been absolutely buggered or my cool suit had failed or something like that I would feel a bit better about it, but it was just a mistake.

In much better news, I was really proud to win the Mike Kable Young Gun prize at the Supercars Gala Awards in Sydney on Monday night.

It was a bit of a shock for me, to be honest. But it was a great way to cap off the year, particularly after Sunday. It’s easy to forget that it was my rookie year and I am still learning, so it’s cool to have that recognised.

It’s an honour, and I’ve joined a good list of winners like Marcos Ambrose, Rick Kelly, Frosty, and James Courtney, all of whom have gone on to win Supercars titles.

Hopefully I can be next in line!

Putting the feet up

The holidays aren’t quite here for me yet. I’ve got my last rookie test day next week, so I’m be straight back in the car, working on a few things for next season.

The break will start after that, but it won’t be too much of a break. I’ll keep my training up so my fitness is spot on, and I reckon by just after Christmas I’ll have itchy feet and will be wanting to get back in the car.