Wood opens up on Supercars step back 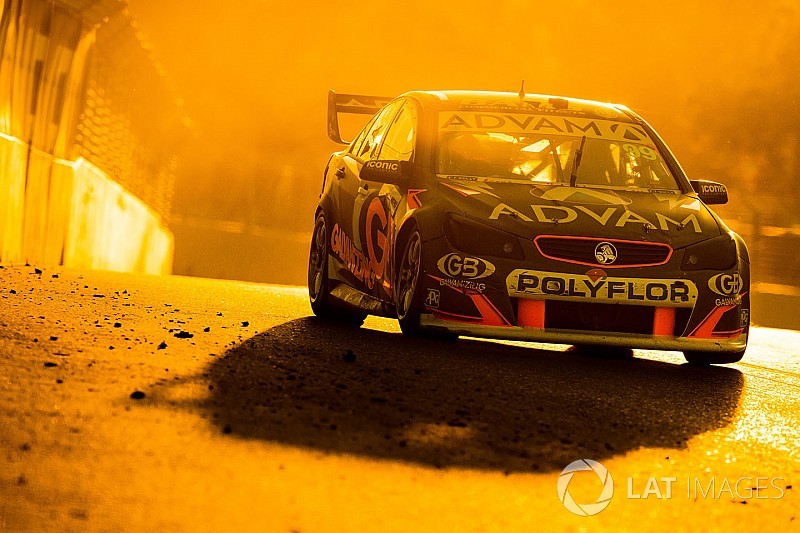 Dale Wood says he's hoping to bring some fresh enjoyment to his racing next season, as he scales back from a full-time Supercars drive and hits the co-driver market.

The former Super2 champion ended his career as a full-time Supercars driver at last weekend's Newcastle round, having confirmed back in October that he wouldn't continue beyond the end of this season.

It spells the end of a four-year stint in the main game, during which he drove for Brad Jones Racing, Nissan Motorsport, and most recently Erebus Motorsport.

Reflecting on the decision to step back from a full-time drive, Wood says the primary motivation is to ease the ongoing pressure of finding backing – which he hopes will help him enjoy his motor racing a bit more.

"A lot of people have said 'oh you're retiring', but I'm not retiring. I'm still relatively young," he told Motorsport.com.

"But for me, things weren't right – and you can prolong it and carry on for another year, but the end result is probably going to be the same.

"And I don't want to go to a new team and start again. I've been lucky enough to do three years [as a full-time Supercars driver], but it's been at three different teams. I didn't want to do that again. I feel like it's just not the way to do things.

"I think I can go out and find a better balance in life, without wanting to get too deep and meaningful. I want to enjoy racing, because in this game you can caught up and the enjoyment does slip away. You're dealing with so many things behind the scenes, and ultimately the enjoyment of slipping on a helmet and racing a car does get away from you a bit, because the pressure is so high."

The decision to scale back his racing commitments will also mean Wood can spend more time with his young family, as well as focus on his successful signwriting business.

"I'm lucky to have a ripper group of guys working for me. My business goes really well even with my main focus being on [racing Supercars]... but there's not doubt that it goes even better when I'm working hard at it," he added.

"So I'll do that. I'll also get to spend more time with [wife] Jess and the kids – but I'm not telling a sob story, because it's been good."

Wood's attention now turns to the 2018 season, with plans to run one of the new-spec Carrera Cup cars in the all-Porsche series.

He's also already focussed on a Supercars enduro driver, with the market set to be packed by a number of full-timers out of a drive for next season.

While Wood will be one of the top picks based on both overall experience and genuine pace, he'll have some competition for the top drives with the likes of James Moffat and Jason Bright also likely to play a part in the market.

One reprieve is that Will Davison, who looked set to be up for grabs as a co-driver just weeks ago, has found a last-minute full-time drive with the new 23Red Racing squad.

Still, Wood says he knows how important it will be to get a deal sorted for next year's long-distance races sooner rather than later if he wants to be in with a shot of winning the big races.

"The days are gone where your co-driver roles start to fall into place a couple of months before the enduros," he said.

"It happens at the end of the previous season now, so I definitely need to be on it now.

"I'm not interested in getting in a co-driver role and trying to prove that I'm worthy of being a main series driver. I don't need to do anything like that.

"I want to enjoy what I'm doing. I want to find a good environment, be with someone I enjoy working with, and go out and try and get some good results.

"I know the loops now, I've done it for long enough."