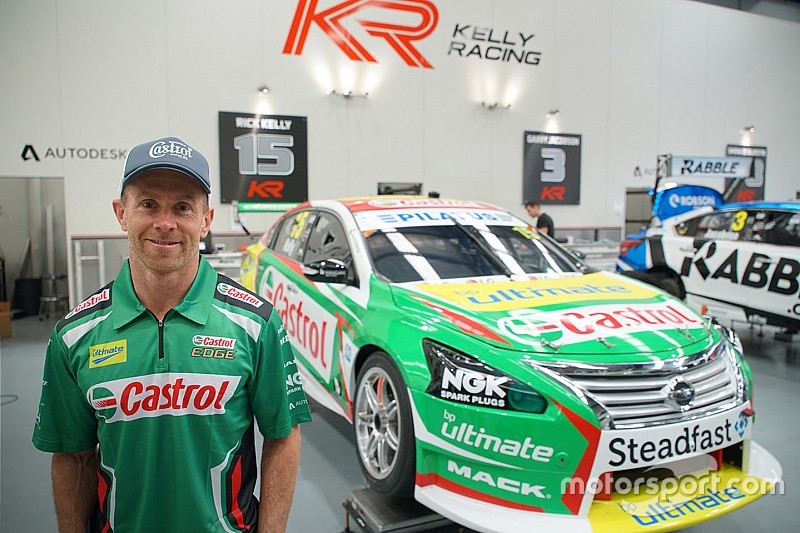 Wood has landed the top ride in the four-car KR stable, the spot alongside two-time Bathurst winner Kelly.

It's a return to the former factory Nissan squad for the 35-year-old, who raced an Altima in 2016, one of his four consecutive seasons as a full-timer in the main game.

He's been a KR enduro driver in the past too, partnering Jack Perkins in 2009 and Todd Kelly in 2010 back when the team was running Holdens.

“Rick and I have shared a lot of experiences together over the years but never a driver’s seat, so it will be pretty cool to join a good mate this year for the Supercars enduro series," said Wood.

"It’s also really cool to be coming back to Kelly Racing. I raced for the team many years ago as a main driver and a co-driver, so it’s great to be able to come back and drive with Rick this year."

Wood will get his first taste of Kelly's Altima during the co-driver session at Winton on Saturday.

“This year I’ve been driving in the Porsche Carrera Cup which is quite different from the Supercars, especially being on the left-hand side of the car," added Wood.

"So it will be good to hit the track at Winton for the co-driver session and blow the cobwebs out and really just try and get used to being in a Supercar again.”

Wood stepped back to a split Carrera Cup/Supercars enduro role last season, after stepping down from full-time Supercars competition after his 2017 campaign with Erebus.

He's the second driver confirmed at KR for this year's enduros, following yesterday's announcement that Bryce Fullwood will team up with Andre Heimgartner.