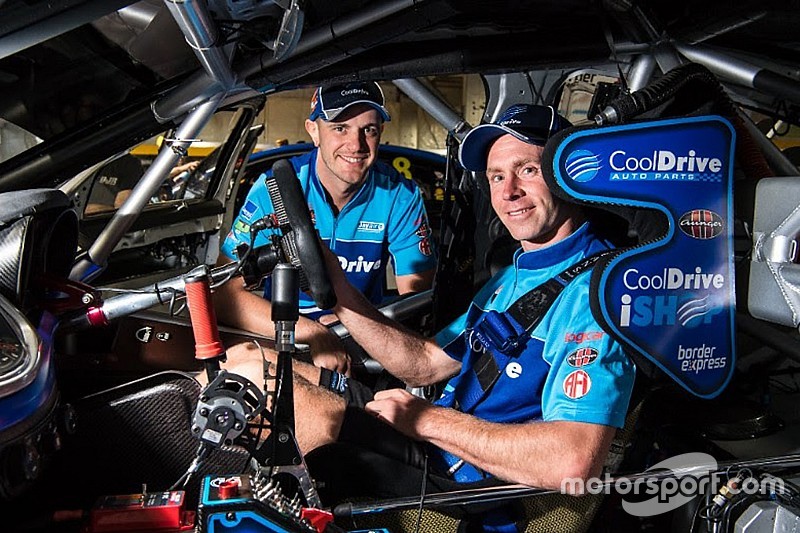 Dale Wood will return to Brad Jones Racing later this year, after signing on with the team to partner Tim Blanchard at the Supercars endurance races.

Wood called time on a four-year stint as a full-time Supercars driver at the end of last year, electing to move to Carrera Cup and make himself available for the long-distance Supercars races.

While he left his run late to find an enduro seat, Wood has now been picked up by BJR to share its third entry with regular driver and Racing Entitlements Contract owner Tim Blanchard.

Wood is no stranger to the BJR set-up, having driven the team's third entry when it was run using a Jason Bright-owned REC in 2014 and 2015.

“I caught up with Tim and the team over the Melbourne 400 weekend, and to be able to walk into the pits and chat with all the guys and girls I’ve worked with before was just like old times," said Wood.

“It’s all very familiar and makes the job of getting behind the wheel of the Team CoolDrive Supercar pretty easy. They know what to expect from me and I know they’re more than capable of getting the job done at their end.

"It’s a great crew and I believe Tim and I will be quiet achievers. I’m looking forward to working with him.

“Driving in the Porsche Carrera Cup this year gives me plenty of time behind the wheel. I’m really enjoying the season so far and whilst it’s a lot of fun, I’m still as competitive as ever.”

Blanchard added: “Dale and I have raced side-by-side for a few years now, so I believe we’ll make a good combination as teammates. He’s got plenty of experience behind the wheel of a Supercar, so he was clearly going to be a top pick for a co-driver seat this year."

There is now just a single seat left on the enduro grid, with Matt Stone Racing yet to confirm who will partner Todd Hazelwood.

Ford returns to Supercars with Mustang