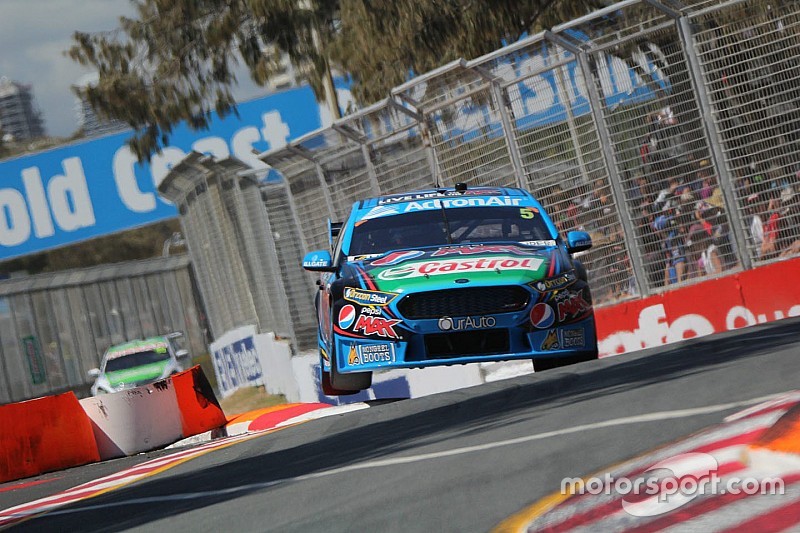 Mark Winterbottom says Prodrive needs to bounce back, after a disappointing weekend put rival Craig Lowndes in striking distance of a title tilt.

Winterbottom went in to the Gold Coast round on-track to win his first V8 Supercars title, with a 399-point lead, four rounds out from the end of the season.

But a disaster of a race on Saturday, which yielded just 23rd position, followed by a lacklustre 11th on Sunday has seen Lowndes cut that gap down to 258 points. And that gives the veteran a realistic shot at a fourth title, something that seemed unlikely before Surfers Paradise.

“I’m disappointed with the weekend, no doubt,” said Winterbottom.

“[Sunday] was hard because we missed out on [Saturday’s] race and didn't really have data leading into it, which means we've effectively ended up a day behind.

“It was an average weekend – I can't really sugar coat it. We need to bounce back. The other team has got momentum and we've halted.

“We'll go home and we'll work hard. We need to get on top of it now for the championship.”

While the Gold Coast weekend didn’t go to plan, Winterbottom did thank co-driver Steve Owen for his contribution to the pair’s Sandown win, and Bathurst podium.

“We didn't make mistakes on track and I'm proud of the way Steve and I had a run, but there's other areas that we need to tidy up,” he said.

“I’ve got to thank Steve as well for his contribution in the championship for the three rounds. He did an amazing job.

“He's with us again next year so it's great we've got him signed up. It was a bad way to end what was a good campaign.”