Richie Stanaway: Why a Supercars enigma is back after going "cold turkey"

Burned out after two seasons in Supercars that hadn't gone to plan, Richie Stanaway walked away from motorsport at the end of 2019. But the GP2 race-winner and former Aston Martin factory driver is back in a plumb Supercars ride for 2023 as the endurance co-driver for Shane van Gisbergen at Triple Eight - so what has changed?

It was a Sunday evening in late November 2019. Richie Stanaway stood out the front of the Garry Rogers Motorsport garage in the Newcastle pitlane as cold beers were passed around to celebrate the end of team’s time in Supercars.

With GRM pulling out, and following two difficult seasons in Supercars, it was hard to see Stanaway landing another full-time ride, at least in the short term. Surely his best bet would be a good enduro drive for 2020, a proposition this writer put to him?

"Honestly, I feel fine about everything," he told me. "I’m not really sure if I’ll race anymore, I’m on the fence. I’m thinking about going cold turkey. It’s been on my mind for a while.

"I don’t want to make any decisions yet, I might give it a couple of weeks or a month and then really be in the mood to co-drive or go back into GTs or whatever. But I’m on the fence at the moment with what I do.

"I’m pretty happy with where I’m at. I feel like this is the last championship I would have been satisfied racing in, and it hasn't worked out.”

I asked him what he’d do if he wasn’t a professional racing driver: "Same thing everyone else does with their life," he said. "Find something else to do."

An hour later he posted on social media that he was indeed done with professional motorsport indefinitely. 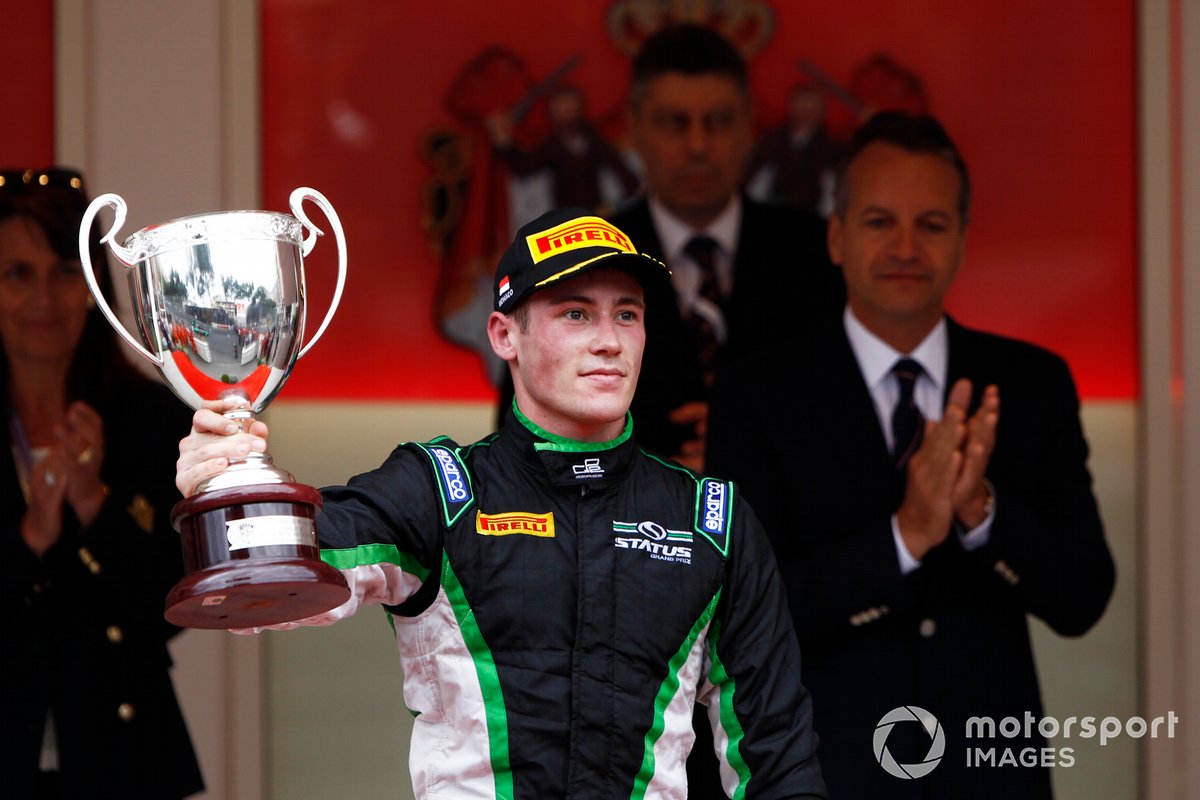 Stanaway had been a race winner at Monaco in his single GP2 campaign with Status Grand Prix in 2015, but his switch to Supercars didn't work out

For Stanaway to have got to the point where he wanted to walk away not just from Supercars, but the sport as a whole, was an incredible shame. He had arrived down under a few years earlier to great fanfare. That was in part thanks to the impressive CV he’d pieced together during his long stint in Europe.

He’d won the then-competitive German Formula 3 title. He was a race winner in GP3. A broken back in 2012 derailed his Formula Renault 3.5 campaign but he recovered to sign a factory WEC deal with Aston Martin and later returned to single-seaters, winning races in GP2.

Then, sick of living on the other side of the world, he decided his future was in the professional series closest to New Zealand – Supercars. In 2016 he dipped his toe in the water with an enduro seat in the Tickford Racing-run Super Black Racing entry. Tickford liked what it saw and promoted Stanaway to one of its main entries alongside Cam Waters for the 2017 enduros.

Waters and Stanaway combined to win the Sandown 500, before Stanaway cemented his star power with an incredible stint in the wet during the Bathurst 1000 where he was the fastest car on track by a mile. Stanaway was suddenly hot property on the driver market, Tickford snapping him up as a full-timer for its fourth entry in 2018. It was one of the most keenly-anticipated rookie campaigns in memory – but it swiftly descended into disaster.

When the comeback finally happened, the Supercars paddock was greeted with a fit, highly-motivated and very, very fast Stanaway. He was the star of the weekend in the third Erebus entry, putting the car a remarkable fourth on the grid in a wet qualifying session

The results didn’t materialise and the growing rift between team and driver was exposed at the Townsville 500. After being fitted with mis-matched tyres during a stop, Stanaway put on an impromptu drifting show. His antics thrilled the crowd but didn’t impress the Tickford garage as it watched the V8 motor bounce off the limiter needlessly. There was a tense radio exchange. And a heated showdown in the garage afterwards.

There were platitudes in the aftermath of how everyone had moved on and the relationship was fine, but the reality was different. As the season wore on the team felt Stanaway was underperforming and had an attitude problem. Stanaway felt his equipment wasn’t up to it. Admittedly it was a tough season for Tickford as a whole. At the same time, Stanaway now freely admits he could have handled himself better.

Either way, at the end of the year his multi-year deal was torn up. 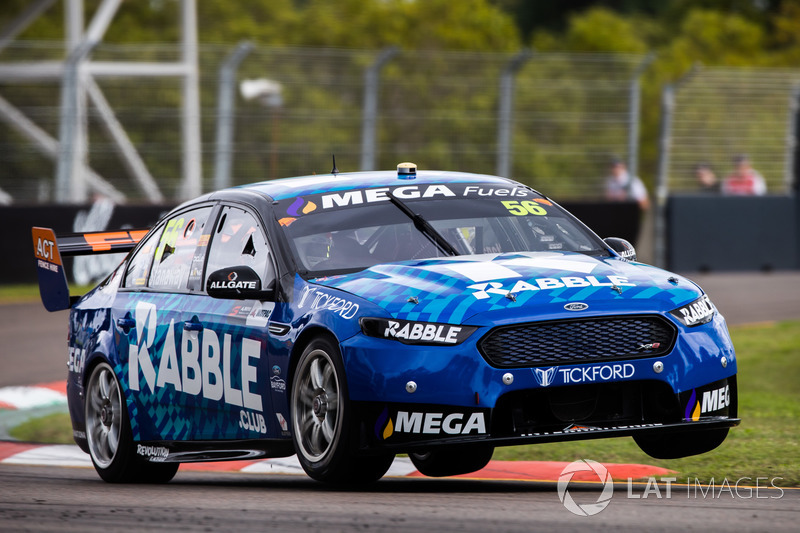 It seemed Stanaway’s Supercars career could have been over after a single-year, until Boost Mobile founder Peter Adderton provided a lifeline. He agreed to sponsor the struggling GRM squad for 2019 – but only if it dumped popular veteran Garth Tander and signed Stanaway in his place.

But that too was an ill-fated move. GRM was even less competitive than Tickford, making life hard for Stanaway and team-mate James Golding, who was also in the very early stages of his career. Then Stanaway missed a chunk of the season with a recurring neck injury, likely linked to the shunt that broke his back in 2012.

Even once he was fit again, he found himself once again clashing with team management. That came to a head on the Sunday morning of the Gold Coast weekend when Stanaway missed a signing session – and was promptly benched for the day by team owner Garry Rogers.

By that point Adderton had already got into a bunfight with Supercars over control uprights, the outcome of which was a declaration that the Boost sponsorship would be pulled at the end of the season. GRM responded by announcing it too would withdraw from the series. And that was how a badly burnt-out Stanaway ended up on the pit apron in Newcastle facing a very early retirement from professional motor racing.

A little over a year later Supercheap Auto launched a Bathurst 1000 wildcard programme. The idea was that 2005 champion Russell Ingall would be teamed with highly-rated teenager Broc Feeney in a third Triple Eight car. Adderton, an expert marketer, was impressed with the concept. So much so that he decided to shamelessly copy it.

He decided his star veteran would be Bathurst legend Greg Murphy. And Murphy would be paired with Stanaway. Surprisingly, both drivers agreed. And then the whole plan was harpooned by the strict COVID border measures in New Zealand, which made it impossible for Murphy and Stanaway to get in and out of Australia.

So the wildcard was shelved for 2021 and revived for 2022. When it finally happened, the Supercars paddock was greeted with a fit, highly-motivated and very, very fast Stanaway. He was the star of the weekend in the third Erebus entry, putting the car a remarkable fourth on the grid in a wet qualifying session. The race itself didn’t quite go to plan, but a star was re-born. 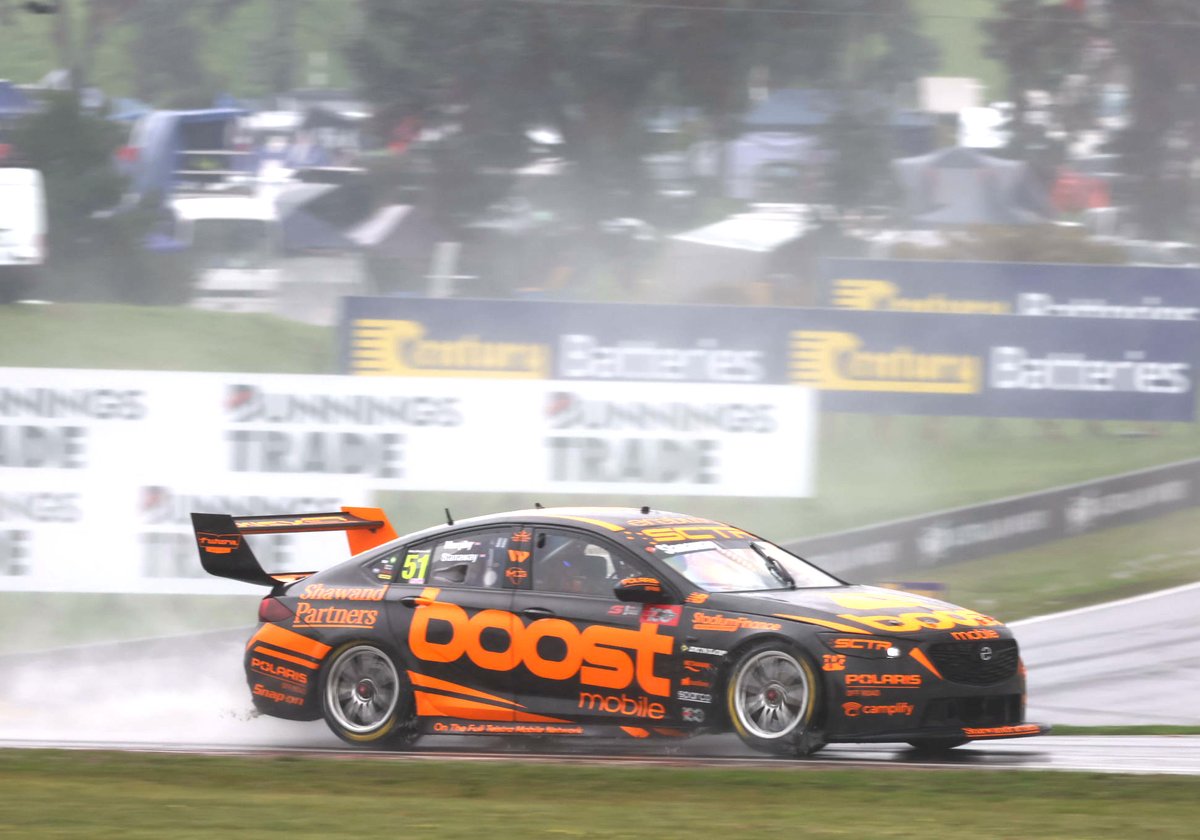 Stanaway impressed on his comeback at Bathurst last season for Erebus, which led to a deal being struck with Triple Eight

Stanaway immediately flagged a full-time return, something that almost happened when Adderton tried to get a permanent entry off the ground. When that didn’t, he jumped at an opportunity to join T8 on an enduro deal to partner Shane van Gisbergen.

Stanaway had actually spoken to T8 before Bathurst last year. At that point, Garth Tander was assessing whether he wanted to keep driving or fully commit to his TV role. When he decided to continue, Stanaway thought the T8 opportunity was gone. Then Tander made his shock defection to Grove Racing, and the Stanaway deal was done.

He is now well-placed to execute his career revival. He’ll be in a competitive car for the big races, with he and van Gisbergen set to head to Sandown and Bathurst as favourites. And while the speed he showed at Bathurst last year, and the eagerness for the best team in the business to sign him, may suggest his temporary retirement was a waste, Stanaway himself has a very different take.

"I took probably the world's best time for a break given the COVID situation," he tells Motorsport.com. "When I pulled the pin at the end of 2019 I had no idea what was going to happen to the world over the next couple of years.

What Stanaway now needs to do is prove that his mentality has changed. To some extent, we’ve seen this movie before – Stanaway stars at the enduros and talks of being motivated to build a career in Supercars. Then there was the mad rush to sign him... and he didn’t follow through.

That will surely leave teams a little wary when assessing Stanaway on the driver market. There will be some minds to change. That’s a challenge Stanaway says he’s up for. 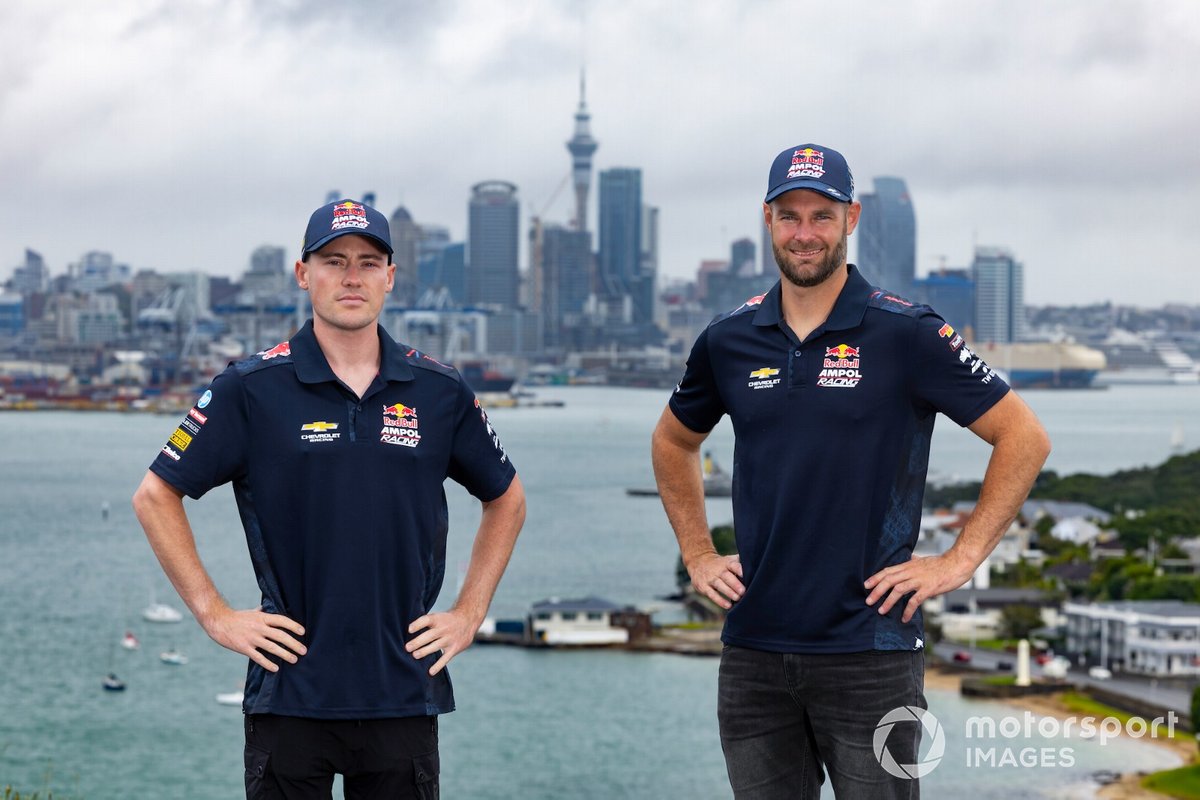 "I feel... like I did 10 years ago when I was doing F3, in terms of my approach to life and racing," he says. "I’m probably fitter now than I ever have been, and the last time I would have been close to this level of fitness would have been 2011, 2012 before I had my back injury. So it’s taken a long time to rebuild to the point where I’m at now.

"I feel like I’m in the right frame of mind to take on that role, full-time again. For the moment it’s about focusing on this co-drive, and whether something comes along full-time next year, or whether it’s just going to be co-driving for a few years, we’ll just to wait and see."

The greatest shame of Stanaway’s first swing in Supercars was that we got so few glimpses of him in-form, motivated and in the right equipment at the same time. The few times it has happened, it has been spectacular.

Maybe, hopefully, the time when we get to see a full season of Stanaway at his best is coming. 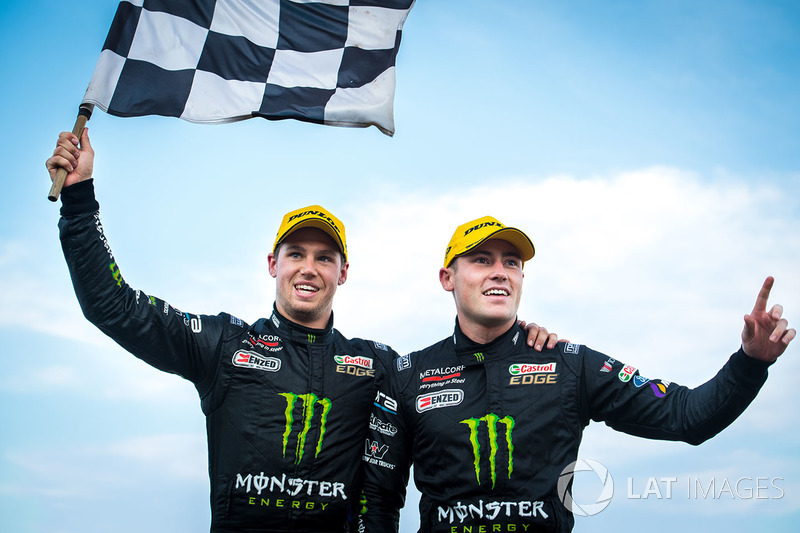 Stanaway was a winner alongside Waters at Tickford in 2017 - can he recapture his best form with Triple Eight?