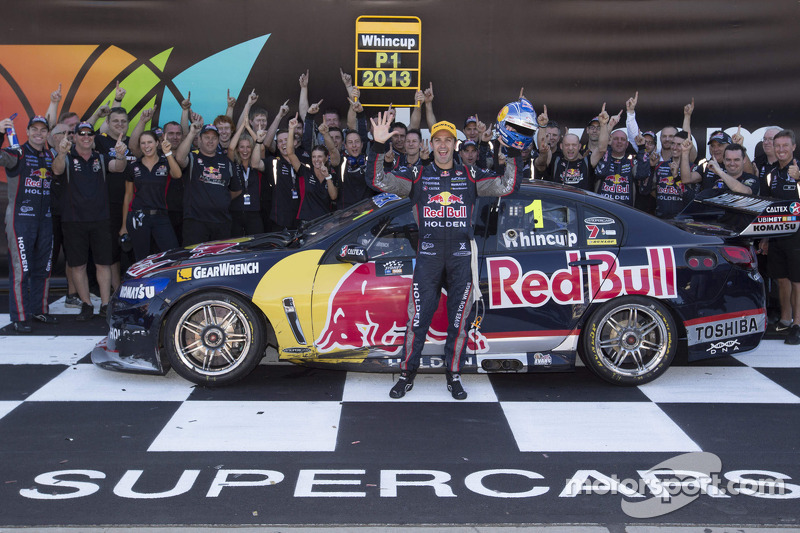 Jamie Whincup only needed to finish 18th to nail down his fifth championship in the V8 Supercars series. Instead of just cruising to ensure a finish, Whincup was right in the middle of the action doing what he does best: aim for the victory in today's season finale.

The newly crowned champion did not take the victory but he put up a fight with pole winner Shane Van Gisbergen, Jason Bright and Craig Lowndes troughout the 250km race in Sydney, Australia.

Whincup earned his third-consecutive championship with a fourth place finish, just behind his Red Bull Holden Commodore teammate Lowndes. After the cool down lap, Whincup put on a show with a burnout before commenting, "Unbelievable!” In the past six title fights, Whincup has won five of them.

Lowndes ended the 2013 season placing second in the championship hunt with 2966 points to his teammate's 3094.

Will Davison ended third in the points with 2799, ahead of his Ford Performance teammate Mark Winterbottom by just six points.

“Lowndesy’s been right there with me,” Whincup said. “We’ve worked together – we’ve got a much better relationship than Vettel and Webber! We pushed each other hard… even yesterday we both worked together to get this.”

No justice for Coulthard at Sydney Olympic Park