Whincup slams race control: "The brain's not with it" 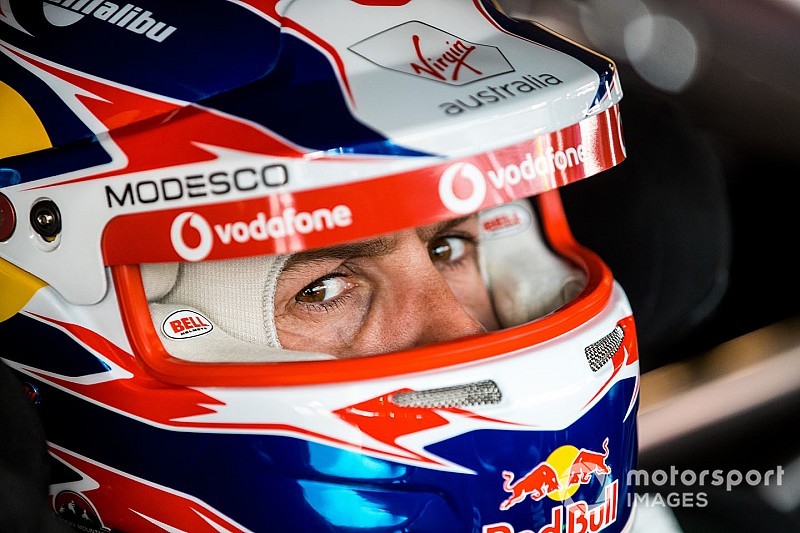 Jamie Whincup has slammed Supercars race control for the Safety Car gaff that led to him getting a drive-through penalty at Pukekohe.

The Red Bull Holden driver was wrongly identified as the race leader, rather than the effective leader, during a chaotic Safety car deployment 13 laps in to today's race.

He responded by illegally passing the Safety Car in a bid to rectify the issue, which led to a drive-through penalty once the race was restarted.

He was ultimately classified 16th.

The debacle left Whincup fuming with race control, the seven-time champ hitting out during a Fox Sports interview right at the flag.

"They should have had green lights on [the Safety Car]," he said.

"I'm sure somewhere in the rule book they're allowed to keep the yellow [lights], because that's for if there's a car in the wall in a dangerous position.

"But that wasn't the case. They should have had green lights on, I wasn't leader of the race.

"The problem is you've got all the drivers, you've got everyone here, this is our life, you know? And we're pushing bloody hard.

"And you've got people making decisions that are just cruising back, just having a few glasses of red each night, and rocking up to the track and the brain's not with it.

Whincup defended his decision to purposely break the Safety Car rules, claiming he would ended up near the back of the field anyway.

"It was either stay behind and get completely screwed like the [Tickford] guys," he said.

"Our position wouldn't have changed much. We would have been well back. We ended up 15th, 16th. So really we were done anyway, so it doesn't make any difference."