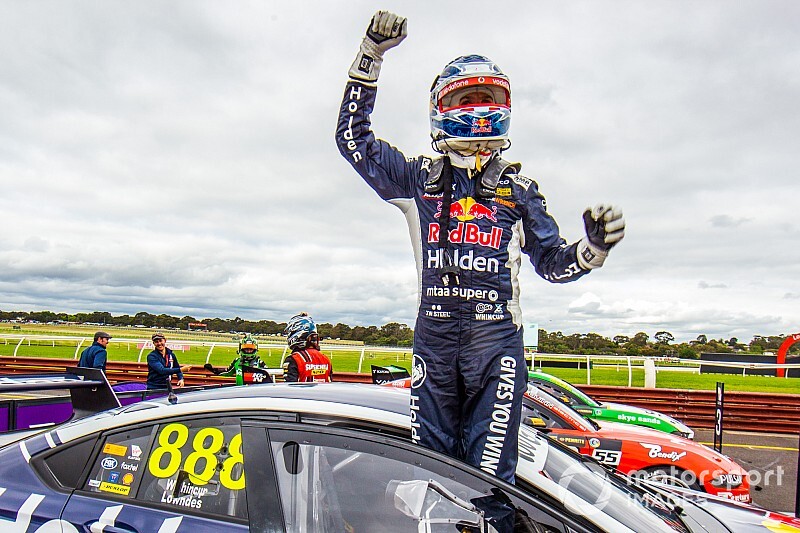 Jamie Whincup will race on in Supercars until at least the end of the 2021 season, it has been confirmed.

The seven-time series champion has been cagey about his future in recent months, admitting last year that the 2020 season could be his last.

However he's now set to stay on as a full-timer for at least another season, with confirmation of a 2021 drive with Triple Eight Race Engineering.

“My addiction for racing, speed and trying to beat my mates to the finish line started when I was seven years old,” said Whincup.

“Any thought of finishing full-time driving this year doesn’t sit well with me.

“I feel I have plenty to offer this sport from behind the wheel.

“While my full focus is on this year’s championship and delivering results for our teammates, sponsors and Red Bull Holden fan base, it’s great to know that all the fun will continue well into 2021.

“I thank everyone at the Red Bull Holden Racing Team for the trust in me to showcase your amazing work and commitment in 2021.”

What car he'll be racing is, however, unclear, as both T8 and Supercars itself assess the implications of GM's decision to axe the Holden brand.

The 2021 season will be Whincup's 17th as a primary driver in the main game, his remarkable record including a category-best seven titles.

In all that time he's only twice finished outside the top three in the standings, with 27th as a rookie in 2003, and fifth in 2015.

The team has also confirmed that Shane van Gisbergen is contracted until the end of the 2021 season, a deal believed to have been signed last year.

"It’s been an awesome few years with the Red Bull Holden Racing Team, and honestly there wasn’t much thought put into extending my contract for a few more years,” van Gisbergen said.

“I absolutely love this place and all the people in it, and the future looks exciting with the changes that look to be put in place.”