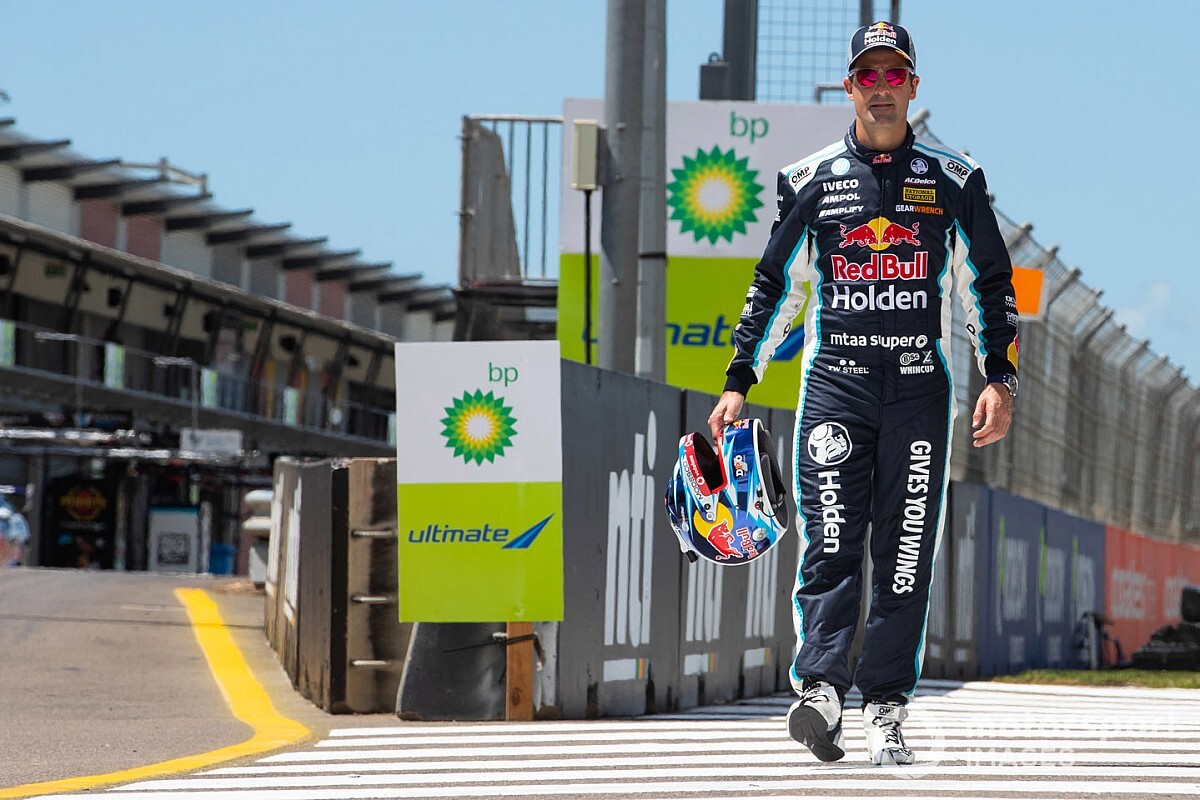 Jamie Whincup has been evicted from his home state of Queensland after crossing the border with a freight pass following the Bathurst 1000.

According to the Courier Mail newspaper, the seven-times Supercars champion was able to cross the New South Wales/Queensland border without quarantining last week, as he was driving one of the team trucks.

Freight drivers are generally exempt to the number of state border closures currently in place around Australia.

However after getting into Queensland, where the Triple Eight team is based, on Monday the staff that had crossed the border, including Whincup, were told by authorities to either leave the state, or enter mandatory hotel quarantine, on Friday afternoon.

They have since returned to Kingscliff, just over the border, where a number of Queensland-based Supercars drivers and team personnel are currently serving two weeks quarantine.

"We had seven people who came back across the border on F passes – as everyone is doing every day with commercial freight," Triple Eight boss Roland Dane told the Courier Mail.

“One of those was Jamie Whincup, who is a heavy goods vehicle driver, has been for many years, and is a part-owner of the business.

“He was kind enough to volunteer to drive a truck back and forth because we were taking one more truck than we normally would.

"The fact is, the trucks came back legitimately on F passes driven by heavy vehicle drivers, of which Jamie is one, in the way in which trucks are coming through every minute of every hour.

“All we’ve done is comply with the regulations. I don’t understand why we have been picked out in this when there are plenty of other trucks that have gone to Bathurst and come back to Queensland.”

Whincup explained that police had initially indicated there wasn't a problem, before back-flipping last Friday night.

"Three hours later, [the police said] 'oh no, guys, that’s not how we meant it' [and] basically 'get out of Queensland'.

“I didn’t have any contact [with police] at all, I just got sent an email saying, hey, you have got to go to NSW and quarantine.

“So I packed my bags and off I went.

“I guess the whole point is, they set the rules, we read the rules, we did everything lawfully and then they went, oh hang on, that’s not what we meant.”

The Courier Mail report states that Queensland Police is investigating the matter.

The saga caps off a disappointing Bathurst campaign for Whincup, who crashed out of the Great Race after just 33 laps.