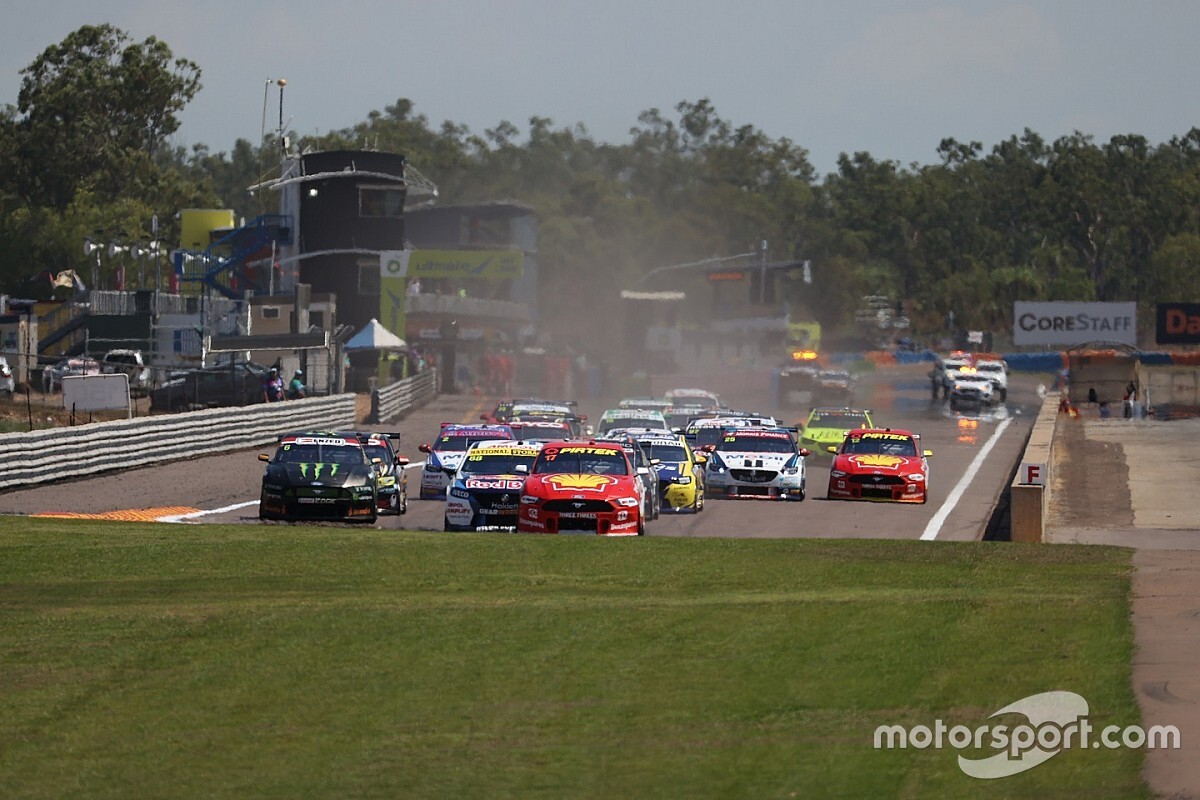 Jamie Whincup thinks the start lights went out too quickly at the beginning of today's Darwin Supercars race.

The Triple Eight driver started today's first heat from pole, but was out-dragged to the first corner by fellow front-row starter Scott McLaughlin.

That was after a lurch from Whincup in his grid box when the lights first came on, the car just coming to a stop before they went out again.

The movement was investigated by race officials, but Whincup was quickly cleared of any wrongdoing in the start procedure.

However he's not convinced the officials got the procedure right.

While playing down his pre-start movement as part of his routine, Whincup said he felt the lights went off in less than a second – something he wants to raise with race control.

"I always do that, move a little bit and then stop before the red lights go out," he said.

"I'll be going up to have a chat with race control shortly. They started the session a little early. I think the red light went off probably a little under the regulation, I think it's one to three seconds.

"It was a little bit too quick. Not that it affected me, but we'll try and make sure we get it right next time. A lot of people had bad starts there because the red light went off too quick."

Whincup tipped that the quick lights may have contributed to Scott Pye stalling on the line, however Pye has since confirmed to Motorsport.com that his issue was clutch failure.

Race winner McLaughlin and third-placed Cam Waters both said they thought the lights procedure was okay.

"It was quick, but I expected them to be quick because I felt they were long last week," said McLaughlin.

Waters added: "I just go when the lights go out, so it was fine for me."