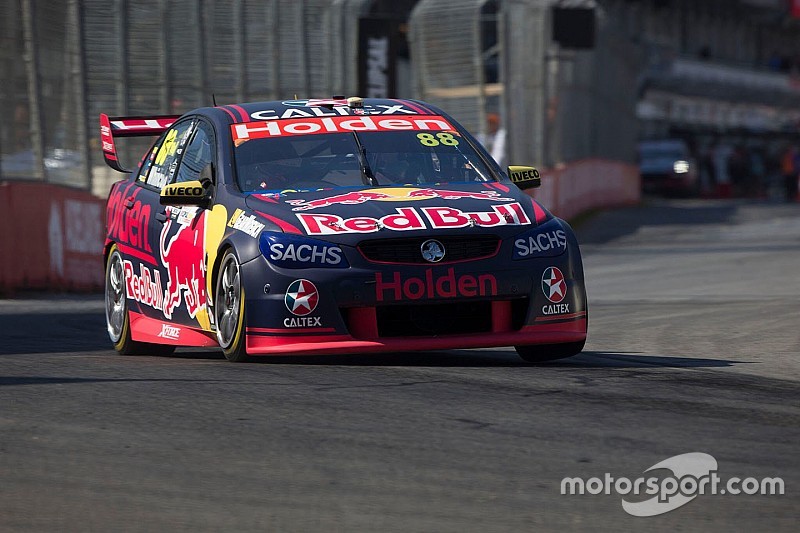 Supercars stewards have elected not to penalise Jamie Whincup after his mid-race tangle with Mark Winterbottom during today’s first leg of the Clipsal 500.

Triple Eight driver Whincup clashed with Winterbottom just several corners after the Prodrive Ford has completed its second stop, the contact sending Winterbottom into a spin and dropping him all the way back to 15th.

Whincup, meanwhile, only lost one spot during the scuffle when Triple Eight teammate Craig Lowndes snuck through down the inside of the spinning Falcon – a spot Whincup re-claimed late in the race anyway.

Under a revised judicial system – controlled by new Driving Standards Observer Craig Baird and investigating officer Michael Masi – the incident was investigated post-race rather than on the spot.

And in keeping with the goal of being more lenient on incidents where no single driver was clearly at fault, the post-race investigation determined that Whincup won’t be handed a penalty for his role in Winterbottom’s spin.

The only in-race penalties handed out during today’s race were for Scott McLaughlin illegally weaving behind the Safety Car, and David Reynolds for repeated kerb strikes.

According to a Supercars report, there were also post-race penalties for Brad Jones Racing ($10000, $7500 of which is suspended, and 96 points) for not installing a card in the camera on-board Nick Percat’s car, and a 35-point penalty for Todd Kelly for his part in the Lap 1 crash that wiped Will Davison out of the race at Turn 8.

Taz Douglas: ‘I was cooking myself’