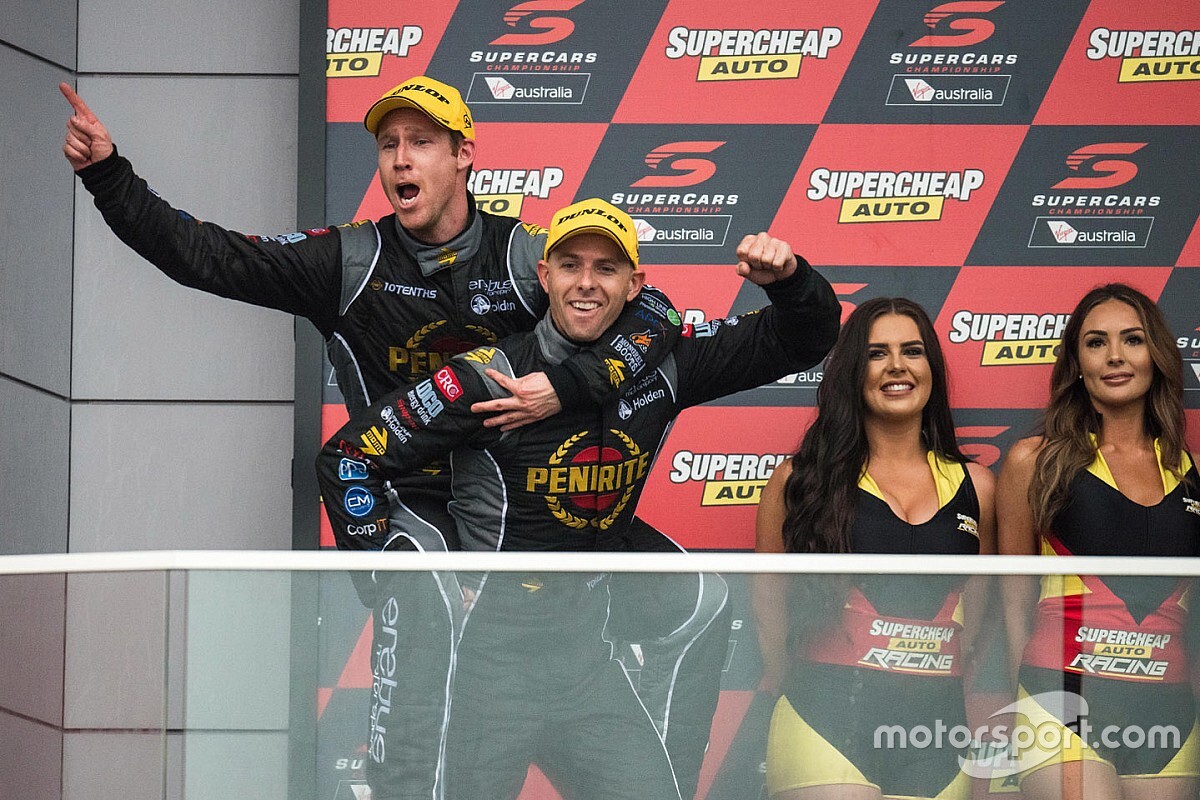 When self-confessed 'misfits' David Reynolds and Luke Youlden won the 2017 Bathurst 1000, it marked a remarkable transformation for a driver considered damaged goods and an Erebus team yet to hit its stride

When David Reynolds joined Erebus Motorsport in late 2015, he didn't expect to see a race win for at least four years. Eighteen months later he and Luke Youlden deservedly stood on top of the most famous podium in Australian motor racing at the 2017 Bathurst 1000.

For Reynolds, the Erebus move was one of convenience, rather than a pre-planned career masterstroke. He was, after all, a Ford outcast with few options left.

The Reynolds/Tickford (nee Prodrive Racing Australia) relationship felt as if it was at breaking point for the entire 2015 season. A disappointing 2014 campaign had yielded just 15th in the points. Even before the new season started, team boss Tim Edwards told media that the off-contract Reynolds was "driving for his career" and needed to lift his game if he wanted to be considered for an extension.

If that mental blow didn't land hard enough, Reynolds was then made to wait until the Albert Park round to get the FG-X aero update that Mark Winterbottom and Chaz Mostert debuted in Adelaide. For a driver quick to lose self-confidence like Reynolds, it stung.

Once in the updated hardware, Reynolds actually pieced together a strong season. A win in Hidden Valley sparked a long run of single-digit results that would see him finish the third in the points. But was never going to be enough. 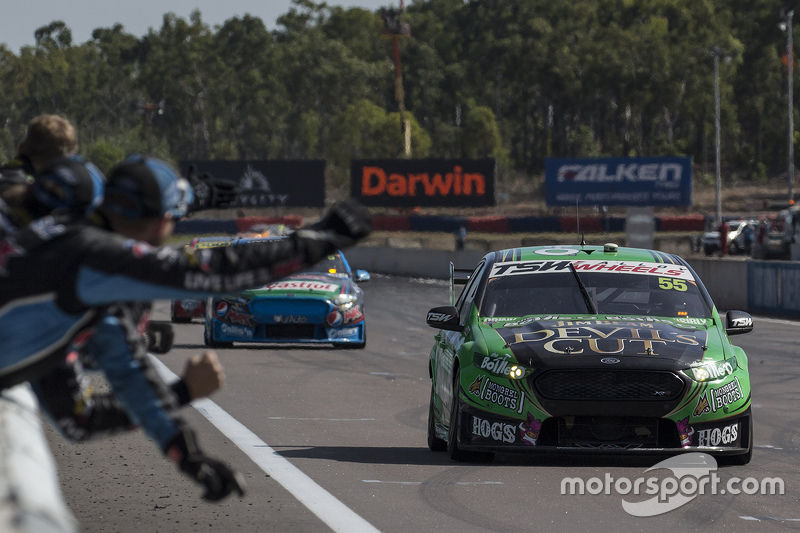 Reynolds' biggest issue was PRA protege Cam Waters running riot in the Super2 training category for young guns in older-spec cars. A main game promotion for Waters was inevitable, and for it to happen someone had to miss out.

Throwing the "pussywagon" fiasco into the mix, a PR disaster that ended in Reynolds copping a $25,000 fine, didn't help either.

However, despite the string of red flags indicating things wouldn't end well, Reynolds put all of his eggs in the PRA basket for 2016 anyway, knowing it was his best shot at competitive equipment. The opportunity to drop anchor in the safe waters of Brad Jones Racing came and went, the team eventually growing impatient and giving the drive to Tim Slade instead.

That meant when the PRA door did predictably slam shut, options were limited. The last chance saloon for Reynolds was Erebus Motorsport. But what in hindsight seems like the shrewdest of moves had the makings of a career-ender at the time.

Erebus was hardly a desirable destination, the squad considered inefficient and uncompetitive. The Mercedes AMG hardware had produced just two race wins in three seasons and the finances were rumoured to run hot and cold. 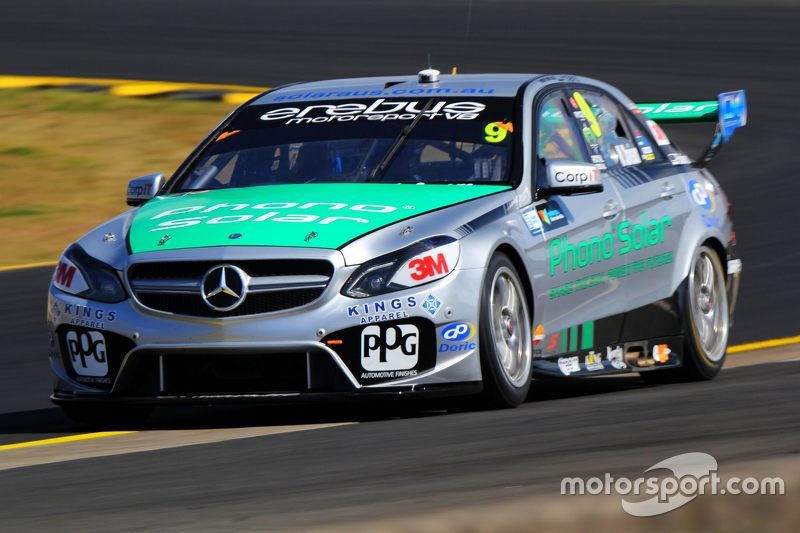 But just when Reynolds was preparing to for a new life on the Gold Coast - and potentially at the back of the grid - the team underwent an off-season transformation. Barry Ryan, who had been running Erebus' Melbourne-based GT programme, was drafted in to fix the Supercars side of the business. His solution was to slim the whole show down, move it to Victoria, and ditch the struggling Mercs in favour of customer Walkinshaw Racing Holdens.

It would prove to be a series of smart decisions, but at the time just added to Reynolds' sense of uncertainty.

"It was a strange time of my life at the end of 2015 because I was winning races with a Ford team, with the biggest Ford team in pitlane at the time," recalls Reynolds.

"To be left out at the end of that year without a drive and then to join Erebus, it was almost like one of my last options that I had on the table.

"When I first joined, I was moving to Queensland to drive a Mercedes and basically stepping into Will Davison's shoes. I'm good friends with Will and I spoke to him a lot about it.

"I was kind of half regretting it at the start, and obviously they changed manufacturer over the Christmas break and moved to Melbourne. It was just really bizarre.

"We struggled to get every race. The people they employed were really new to Supercars, a lot of them hadn't work on Supercars before, so they hadn't done pitstops or anything like that."

After a relatively quiet 2016 season, the Reynolds/Erebus combo started to really click in 2017. As the cars steadily morphed into Erebus Holdens, Reynolds started spending more time in the top 10 than out of it.

A win started to feel inevitable, but even Reynolds wouldn't have guessed it would come on the biggest stage in Australian motorsport.

"When I first joined I thought 'we're never going to win a race for like four years'," says Reynolds. "That was the target I gave myself: if we can win a race in four years I think we've done good, starting from where we did.

"Then we went and won the biggest race of the year 18 months later. Which was super fast, and super scary in a way." 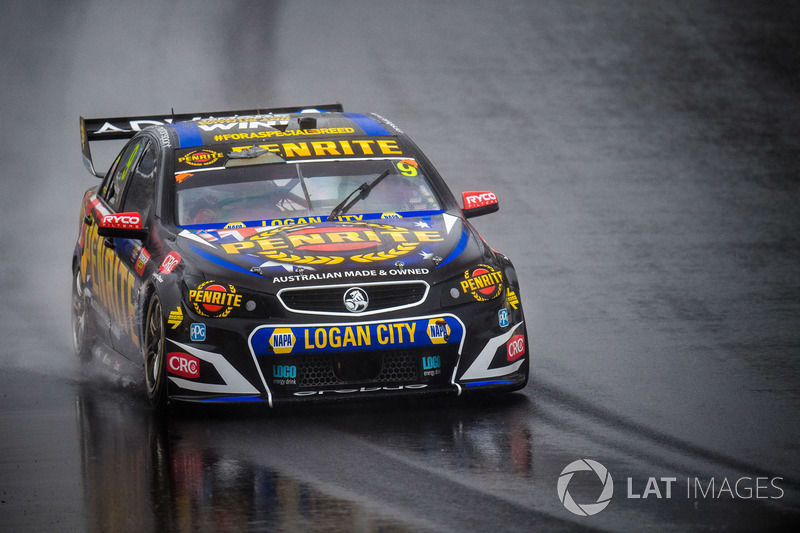 The remarkable thing about Reynolds and Youlden's 2017 Bathurst triumph is that it wasn't the result of some classic Mount Panorama curveball.

Giant-killing efforts at the 'Great Race' are not entirely uncommon thanks to the abnormalities that 1000 kilometres of racing can produce. And yes, the 2017 edition was a wild, weather-affected affair.

But none of that changes the fact that what Youlden would later call a "team of misfits" had been in the hunt for Bathurst glory all weekend, on nothing short of pure car speed.

Reynolds had been second in regular qualifying and second in the Top 10 Shootout. They spent race day mingling with the lead group, buying a ticket to that all important final stint. When Shane van Gisbergen and Garth Tander both ran wide at the final corner, right before a Lap 145 restart, Reynolds was there to pounce.

He passed surprise leader Nick Percat a lap later, survived another restart with six laps to go, and then charged to a thoroughly-deserved Bathurst 1000 win.

It proved, without doubt, that Erebus had gone from stragglers to week in, week out contenders.

These days, there's nothing surprising about seeing Erebus cars near the front of the Supercars field. By signing Anton De Pasquale for 2018 the squad added significant depth to its driver line-up, both Penrite-liveried Holdens considered a threat to the podium on any given race day.

The team's progression can be directly measured by the approach Reynolds has taken to his contracts. Once his only option, Reynolds effectively committed the remainder of his driving career to Erebus last year with a category-record 10-year deal.

"It's been a huge journey," says Reynolds. "I've been more on the outside looking in, I suppose. I take as little credit as I can in the whole evolution of Erebus.

"The driver takes all the glory on the day, which I think is silly. I wish I could take my whole team [on the podium], they make more car speed than I do.

"There's only probably two other teams you'd go to in pitlane and they probably wouldn't have me, so I'll stay where I am for a long time. It's not only improved my motorsport life, but it's improved my outside life as well. I'm much happier in the car and much happier out of the car as well.

"I've never been in this position before so I've got to keep the good times rolling and make hay while the sun is shining." 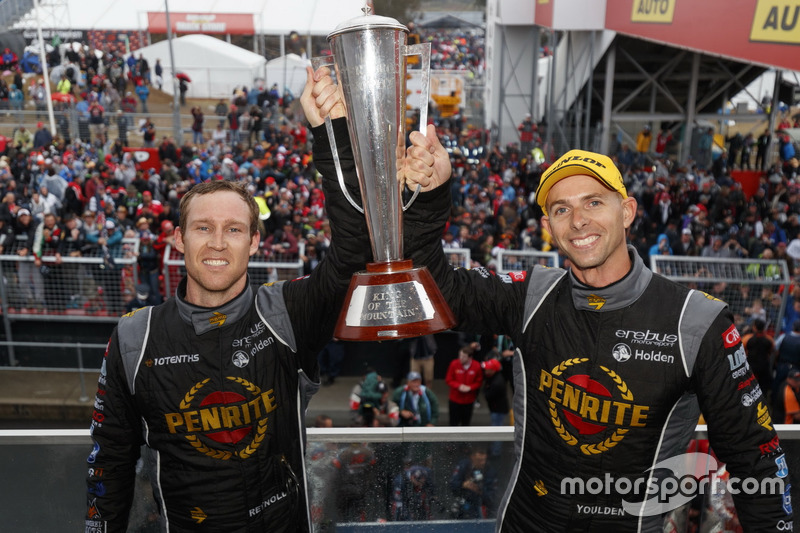