Webb on Red Bull shortlist for 2016 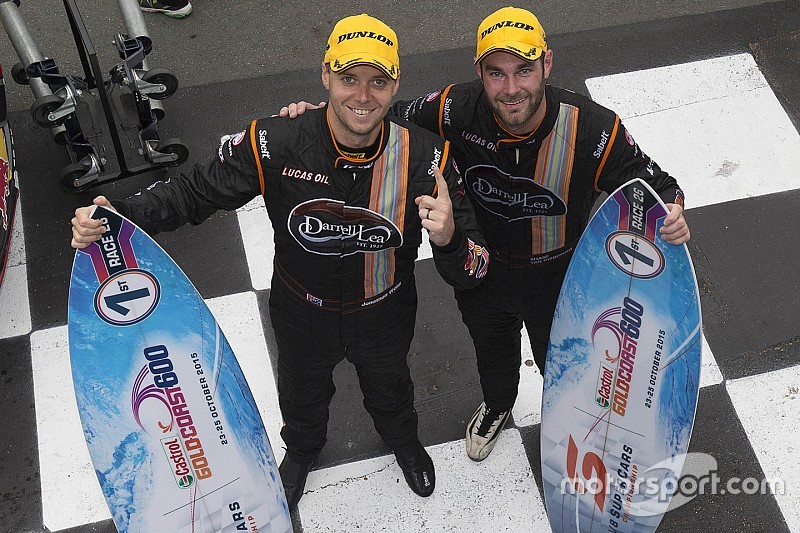 Jonathon Webb could suit up in Red Bull Racing Australia colours for the V8 Supercars endurance races in 2016, with Triple Eight set to offer him a drive alongside Shane van Gisbergen.

Van Gisbergen and Webb have driven together in the endurance races since 2013, when the Kiwi joined the Tekno Autosports team, which is run by the Webb family.

But while van Gisbergen is on the move for 2016, switching to a Red Bull seat at Triple Eight, it doesn’t mean today’s final race on the Gold Coast is the last time he and Webb race together.

“He’s on the list of people for next year,” van Gisbergen told Motorsport.com.

“There’s not many on it, so it’s his decision if he wants to leave his own team, and up to the team to choose him.

“But he’s been good to me. He drives the car how I like it, he just jumps in and likes the set-up, likes the seating position, so it would be good.”

Webb has attempted to switch teams before, initially doing a deal to race for the Holden Racing Team as an endurance co-driver for the 2014 races only for it to be shut down because of Tekno’s customer relationship to bitter rivals Triple Eight.